What Is Discipleship Multiplication In GEM? 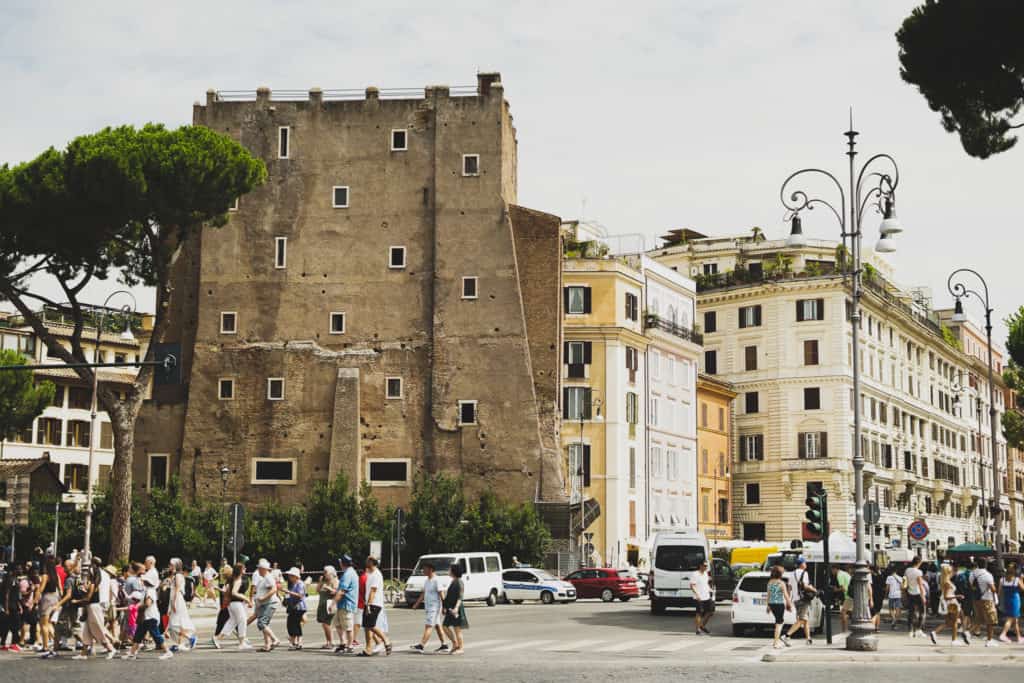 Europe is teeming with opportunity. Stories of God working through his people are many, yet they still only scratch the surface of the great need.

In fact, European Christians are dying faster than they are being born.* Although many nations in Europe have a Christian background, the number of Jesus followers is declining at a rapid rate.

Filled with families who have lived in these lands for hundreds of years, alongside new Europeans of first and second generations, Europe has revealed itself as a place where opportunities for spiritual growth seem almost endless.

No matter where they were born, we know God loves each individual person in Europe and wants them all to live in a deeper relationship with him.

For this to happen, God must move.

In many ways, God already is moving. Evidence of his work and grace are rampant, as told through stories of Kingdom workers who are joining in. And we praise him for each soul who has joined the family through Christ!

The evidence of God’s work is personal, powerful and widespread:

We thrill when we hear such stories of God moving! Yet, we long for more.

More evidence of God’s movement. More lives changed for eternity. More people coming to know him and growing together to become active participants in the Body of Christ.

What is “Making Disciples”?

As most mission-minded believers do, we take seriously the siren call Jesus issued before his return to the Father. Those nearby were told to “Go and Make Disciples”. And we believe that baton has been passed down through generations to us today.

Understanding that the definition of a disciple is simply a “follower”, this command is two-fold. To bring new, unbelieving people to a place where they accept the saving power of Jesus Christ. AND to challenge believing people to deepen their faith by following Jesus more closely.

As these two things develop, as more people are accepting Christ and walking closer with the Triune God, the result is obedience to the original command to “Go and Make Disciples”. The basic mathematical principle is that one follower can turn into a multitude if they are willing to share and God sees fit to bless their work. Making disciples who make disciples.

We long to be part of God’s movement in Europe and throughout the world. We know that to reach each person, household and city for Christ, we need more than just addition. We need a miracle from the God who multiplies.

What Do We Mean By “Multiply”?

When we look at the dire state of the world today, particularly the numbers that indicate so few Jesus-followers in Europe, hopelessness can easily creep in. The task is much greater than we could accomplish through simply adding a few believers into the fold.

Because it would take many lifetimes to reach the entire geographical area of Europe (much less the entire world!) we recognize the need to go beyond leading individual people to Christ. We aspire for households and families and groups to make disciples who make disciples.

As we are incredibly grateful for each sister and brother who has come into the Kingdom in whatever way God sees fit, we long for more! We aim to equip Jesus-followers to make disciples so that the fruit of God’s work will continue to reproduce. We long to see many generations of reproduction in the Kingdom. We long for more.

In striving toward that “more” we long for, we seek to apply and adapt various methods that have been effective in telling others of the hope of Christ and multiplying disciples.

One example comes from some of GEM’s partners in Eastern Europe. God provided opportunities for at least 60 discipleship multiplication trainings in 2020, where more than 1500 believers were trained how to share their faith as a lifestyle. Now, these equipped disciple-makers have been released into their own communities to spread the message.

How Do We Work Toward Multiplying?

What does it look like, practically, to strive toward “more”? We seek to learn, evaluate and move forward with disciple-making models that are inspired by the spirit and tailored to location, culture and need.

We apply adaptive models and methods that may help us gain traction for the Kingdom in this battle for souls. Our actions steps include Prayer, Training/Equipping and Adapting:

Compelled by the love of Christ, we recognize that the first step toward bearing fruit requires remaining in the Vine. Getting on our knees. We humbly understand that it is only through a holy intervention that people can come to Christ and spiritual growth can occur. Therefore, we seek God’s face first.

We expectantly ask God to move. To breathe on the people of Europe and bring them to life. To create a longing for Jesus within the multitudes. We need a miracle to do this—so we regularly and repeatedly ask for that miracle!

We serve a God of abundance and we are expectant that everything needed will be abundantly supplied.

This devotion to prayer not only prompts us to petition God for movement, but it allows us to listen. As we place our ears to the ground, we can sense the vibrations that will point us in the right direction. As God moves, the Spirit leads discerning people to participate through action.

With spiritual zeal and coordinated passions, we consider the places where God is moving, seek to build partnerships in those places, and then expectantly commit to working synergistically for the cause of Christ.

Within GEM, we continue to develop our own discipleship training modules, Invite, Engage, Multiply. But our reach for multiplication training goes far beyond our own organization.

GEM is passionate about building Kingdom relationships wherever we find them. We tap into different parts of Christ’s Body by working with partners to tell people of Christ, train them to be disciples, raise up leaders, and support Kingdom-building work in a variety of ways.

For example, GEM workers, along with other national and expat partners, have been praying for and investing in pastors and mission leaders in Romania. One couple has been foundational in mobilizing facilitation teams to share a discipleship course with many local fellowships. Out of these efforts, at least two indigenous Romanian sending agencies have formed, and hundreds of people have been sent beyond their borders into cross-cultural Gospel service.

A different type of effort with similar goals, CityReach is an organization that was spawned through GEM initiatives. This group now connects movement leaders from 25 different organizations in at least 20 countries throughout Europe. A network-of-networks, the purpose is to train and develop leaders and practitioners by holding discipleship multiplication training seminars, deepening growth relationships, and providing support to multipliers and their teams.

In many ways, we are learning as we go. Just like the early apostles did, we try new things and dig deep with people. We apply what we have learned in one place and see how God might use it in another. Sometimes, an approach that may have been effective in one location may fall flat elsewhere. So we regroup, adapt, and try things a bit differently.

Because Europe contains more than 45 different nations and some 160 culturally distinct people groups, the spiritual temperature can change radically from place to place. We aim to learn from previous knowledge and experience, with the understanding that adjustments and changes may be the exact place where God does his most unexpected work.

In Czech Republic, Macedonia, Hungary and some other countries, several organizations (including GEM) are investing in efforts to use media in multiplication. This is an effort that has adapted the principles of Discipleship Multiplication to reach out in new ways. Instead of traditional face-to-face evangelism, this format uses online opportunities to connect with spiritual seekers who might otherwise not be reached with the Gospel. This is a particularly applicable adaptation in light of the changes the pandemic has made to our world.

No matter what format or methods are used, with great faith we seek to steward transformation in relationships that are contagious and reproducible. Shapes and structures are flexible as each nation, people group, and individual holds unique needs that God is fully equipped to meet.

The methods may differ, but the purpose is the same: to honor God and reach Europe by multiplying disciples and growing Christ’s Church.

We understand that the harvest is plentiful. So we ask the Lord of the Harvest to reveal to us the many ways in which we can prepare for, facilitate and foster this work.

As Steve Addison puts it in his book, Movements that Change the World: “Missionary movements begin with men and women who encounter the living God and surrender in loving obedience to his call.”

GEM aims to be filled with people who are encountering the living God and surrendering in loving obedience to his call. We expect that the fruit of this will reveal itself in ways that we cannot yet imagine!

Inquiries to join GEM increased significantly over the time of the pandemic and we continue to facilitate the sending of God’s workers into the fields of Europe.

Won’t you consider how you will participate in the movement of God that is already unfolding, and will continue to do so, in Europe and beyond?