Something Irresistible: The Journey of a Syrian Refugee 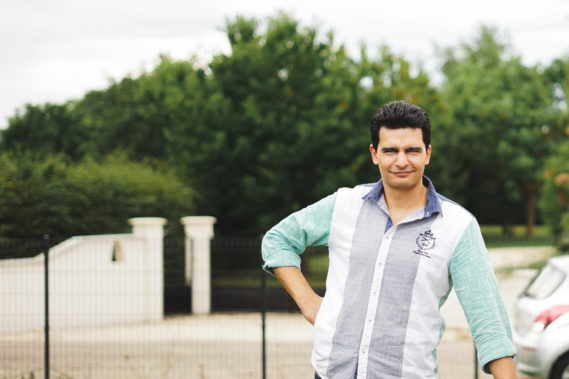 Could Jesus really mean what He said in the Sermon on the Mount to “love our enemies?” It sounds nice and is easy to affirm in theory, but what do we do when those enemies aren’t just theoretical people, but are names and faces we know who seek our harm?

Philippe grew up in Syria in a family burned out on religion. His parents walked away from Islam and became atheists before Philippe was born. In 2005, Philippe’s parents separated, and his mother, Sanaa, began searching the Quran for answers about God. She spent two years studying the Quran and seeking God but was terrified of the picture of Allah she found because of the numerous passages of violence, degradation, and devaluing of women. In 2007, a coworker introduced her to Christianity through Bible studies by Joyce Meyer. She read them with zest and eagerly gave her life to the Lord realizing this was the truth her heart so deeply craved.

Philippe scoffed at her conversion for years, but slowly, the patient ferment of his mother’s faith began to soften him toward Jesus. “I witnessed her joy and happiness and noticed something has changed for her. It was something irresistible. Now she has peace in her life.” This peace, the very peace and presence of Christ, drew Philippe in to reevaluate the claims of Christianity. In 2010, through the testimony of his mother and the work of the Holy Spirit, Philippe gave his life to Christ in total surrender.

Then, just one year later, the Syrian crisis began. The checkpoints, economic inflation, and their safety as Christians all changed dramatically in a number of days. Terrorists surrounded areas near their home and fired missiles, mortars, and snipers from buildings nearby. According to radical extremists who were rising up, Christians like Philippe and Sanaa were apostates of Islam, who must be killed.

One day on her way home from work, Sanaa was in a car with eight women when a conflict began between the military and rebels along the road. As guns began to fire, they sought escape as quickly as they could. Sanaa was praying and in the adrenaline of the moment, didn’t even realize she had been hit with shrapnel in her knee. Another woman too was shot but all made it out alive. Philippe and Sanaa knew they had to escape. The mother and son began applying for religious asylum in Europe. Time and time again they were turned away by the Embassy and they began to lose hope of ever leaving.

But while the enemy was seeking to destroy, God was weaving a story of freedom. And over two and a half years later, they finally received visas and were granted asylum in France.

Since 2016, Philippe and Sanaa have been in Grenoble, growing in their faith, learning French, and adapting to their new life in Europe. Each week they meet, virtually or in person, with a community of believers from Muslim backgrounds led by GEM missionaries. They love to host guests in their home and Philippe is working to continue his studies in law that were interrupted in Syria with hopes of becoming a lawyer.

Grant and Naomi are storytellers with Greater Europe Mission and will also be serving in Birmingham, England. Check out grantandnaomi.com to learn more.