Hope in Despair: How God is Reaching Prostituted Women During COVID-19 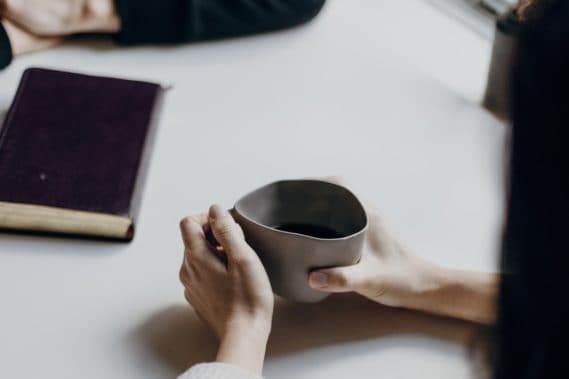 With the thump of music pounding, Rachel walks down hall after hall of women sitting on their stools outside of their rooms as men “shop” for the one that fits their preference. Rachel is part of a small group that has been given special access to visit and talk with the women who work in two of the mega-brothels in Cologne, Germany. Germany legalized prostitution in 2002, making mega-brothels a common sight, doubling the number of prostitutes in Germany to 400,000 in the past 20 years, and normalizing the practice of prostitution. The business has become so common that women send their husbands and fathers send their sons.

Rachel learned about the brothels after moving to Cologne in 2007 and it took five years of prayer walking and a plan to deliver Christmas presents to the women to finally gain access into the brothels. Slowly, Rachel and her small team of women from various churches started to win the favor of the manager because their visits made his employees happy. On a regular basis, Rachel and one other woman go into the brothel and visit the women between customers, listening to their stories and sharing the love of God. All the while, the other two women on the team will stand outside the brothel in constant prayer until their team members return safely.

Their main goal is to help the women understand their worth in God’s eyes. Rachel tries to help them remember a hobby or passion they might have had. The majority have given up that they’ll ever do anything else. In Rachel’s words, “They need hope and they need love and they need Jesus.” They work with few breaks to eat and sleep and never take time off to do anything else, so meeting with them outside of their workplace is rare and unpredictable. But Rachel and her team show up consistently and meet them where they are. They let the women know that someone loves and cares for them.

“All I can do is show them who God is and trust that it will stick with them,” Rachel said as she revealed that even though she may think she has a close relationship with someone, sometimes they will just leave and disappear without a word.

While their main focus is not to get the women out of the brothels, the team is in contact with an organization that can help if a woman wants to leave the life of prostitution. However, successful extraction and reintegration has to include not only a safe place to live and a new job, but also proper counseling and a support system to try to overcome the horrors and abuse they’ve experienced.

While COVID-19 has complicated ministry for many, Rachel and her team have found a blessing amidst the burden. Due to lockdown regulations, the brothels have shut down their business but have still allowed the women to live there. Meeting with them has become easier and more consistent for Rachel and the other missionaries. These women are finally allowed to have a break and have their bodies to themselves. The pandemic has permitted them to remove their makeup, wear normal clothes, and explore new hobbies, such as cooking. Rachel, a dancer, teaches them dance to help them express the feelings that are now having a chance to surface in the quiet of a customer-free schedule.

For Christmas, the team bought a Christmas tree which they decorated together while listening to Christmas songs from their home countries. The women cried tears of joy and heartache as they processed the pain of their lives.

To support Rachel in her mission of bringing the love of God to these women, go to GIVE on the GEM website. And pray that this team might continue to demonstrate to the women of the brothels that their worth is so much more than they could ever know.