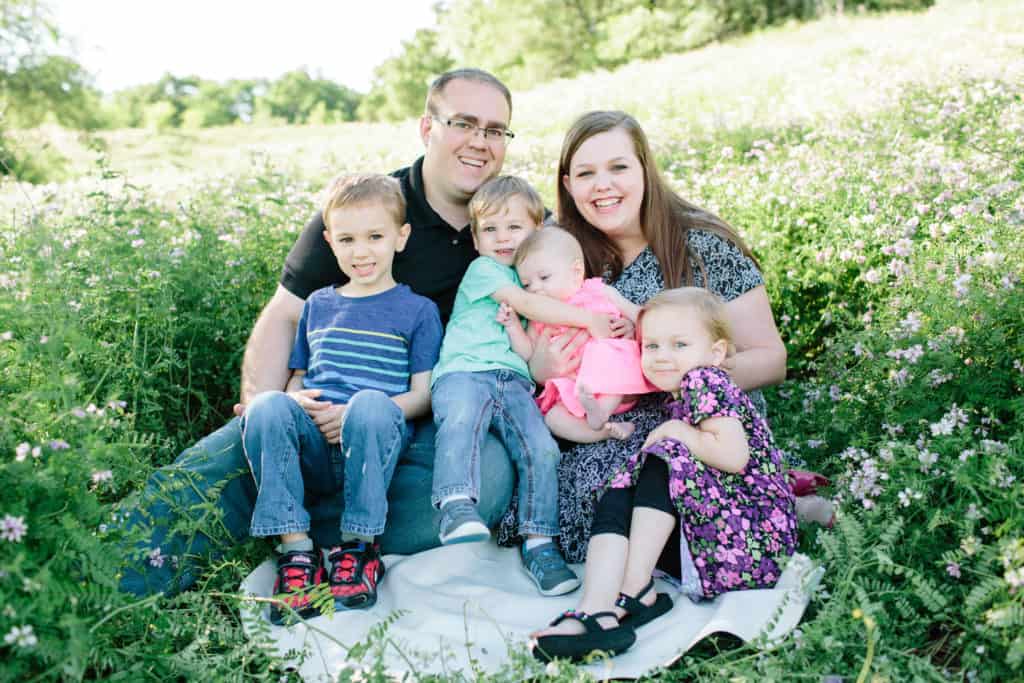 Life circumstances can talk us out of anything, even the beckoning voice of God. Many people feel drawn to global missions, but the obedience to God’s calling can be pushed off over and over if we wait for the timing to be just right. “Once I’ve gotten married,” or “Once our kids are older” and a plethora of other understandable reasons often hold us back from saying yes when God calls.

But it’s the lives of missionaries who have gone before us that tell a story of radical obedience and faith in God. The countries of this world are filled with Christ-followers who hear God calling to the hearts of lost people and consistently step into the unknown to serve Jesus by loving others. And for most, they went despite an ocean of reasons to stay.

They went holding to the belief that those Christ calls, He equips—regardless of the season of life.

This is the story of Jay and Beth Vetter.

The Vetters began their journey to France with three young children under the age of five and one on the way. Jay had recently had back surgery and many people questioned their decision to pursue ministry in Europe. “You will soon have four young children! Are you crazy?” people exclaimed.

If anyone had reason to question God’s call to uproot their lives in America and move overseas, it was the Vetters.

But go they did. With full confidence in the Lord’s calling and trust that His timing was better than theirs.When asked why they chose to go despite the myriad of reasons not to, Jay responded, “Our lives are centered around obeying God. When He says go, we go. When He says stay, we stay. It’s a relentless obedience. We don’t know how to live any other way.”

After being commissioned to serve with GEM and raising support, the Vetters arrived in France in 2019. Following a year of being in language school, they moved to their new home in Champigny-sur-Marne just southeast of Paris. Jay and Beth jumped into church ministry alongside some long-term missionaries but were also praying for opportunities to connect with their neighbors and those in their community outside the church.

God quickly showed up with an answer—their children.

Moving to a new country, culture, and life is a major transition, and for a family, there are many things to consider—perhaps most of all, the effect it will have on your children. But the Vetters have found so clearly, that God has not only called them but their kids as well. And it has been the children that have broken through many cultural and language barriers and opened doors for relationship with their neighbors and schoolmates’ families.

As one MK or “missionary kid” put it, “When my parents were called, our whole family was called as well. They weren’t the only missionaries in the family, we were too.”

In France, children form friendships very early in life and hold to that circle throughout their youth. This cultural habit makes forming friendships after the first year of school very difficult. For the Vetters, being American is a novelty that has allowed their oldest children, Benjamin and Jenny, to foster relationships with their schoolmates despite the norms of tight-knit circles.

For one of Benjamin’s classmates, Juliette*, who recently moved from Paris to Champigny-sur-Marne, this was not the case. Being new to the school, she experienced exclusion, isolation, and often didn’t even receive invitations to her classmates’ birthday parties.

Benjamin and Jenny befriended Juliette, and through that friendship, Beth was able to befriend Juliette’s mother—inviting her to their church’s events and sharing coffee and conversation during playdates. For global workers new to the field and fresh out of language school, this is nothing short of a cultural miracle. Outsiders aren’t often let into inner circles without years of trust-building and surface level interactions. But with Jesus, we know that anything is possible, and His love can break into people’s lives in radical ways when we are willing to trust Him with the process.

Recently, Juliette confided in the Vetters, “I really hated living here until you moved here. It was so hard to find friends, and now I have so many friends because of Jenny and Benjamin.”

Whether through birthday celebrations or pickups and drop offs from school, God has used the simple rhythms of family life to plant sprouting seeds of friendship all around the Vetters. This foundation of relationship is what allows the Vetters to be open about their faith and their reasons for making a home in France.

Life in a foreign culture isn’t easy, but when God calls us, He uses each part of our lives as an opportunity to display His love and glorious works to others.

“It doesn’t matter what stage of life you’re in—missions is possible,” said Jay with a smile.

To learn more or donate to the Vetters, click here.

Grant and Naomi are missionary storytellers with Greater Europe Mission and serve in Birmingham, England. Check out grantandnaomi.com to learn more.