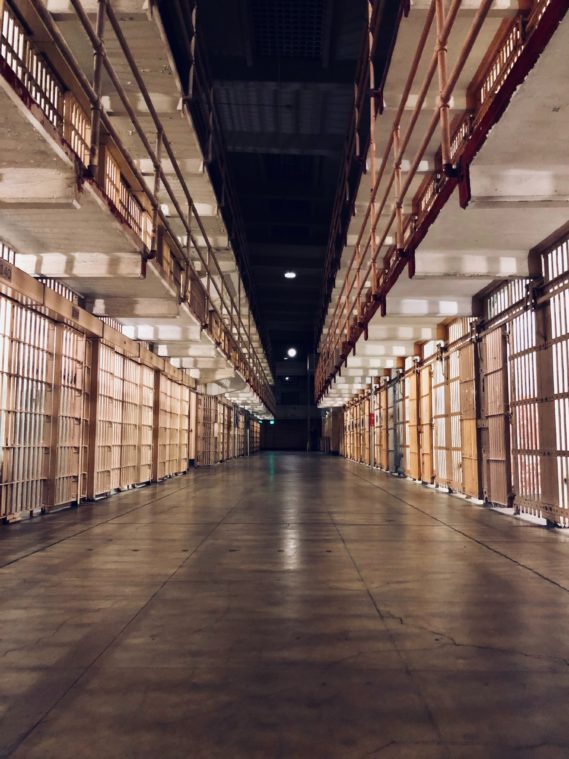 “I’ve trusted in Jesus for about six years now,” the dark-haired, middle-aged prisoner confided to GEM worker Leroy Zumack. “And now I want to be baptized.”

Leroy could hardly believe his ears. This request from Hamid was another surprising development in a string of amazing events.

For fifteen years, Leroy had faithfully shown up at the prison in Longuenesse, France, to minister to the inmates. He had dreamed of holding Bible studies there, but it never seemed to work out. Whenever Leroy visited a cell block, he competed with the television for the prisoners’ attention. The inmates lived two-to-a-cell, so it was hard to engage anyone in depth for very long.

But lately, things had changed. Inexplicably, as if God had waited for this very time to allow the prison ministry to come into full bloom, inmates had suddenly begun to show interest in doing one-on-one Bible studies with Leroy. He had eleven of them going on! And men had come out of the woodwork with professions of faith, asking for baptism. Never before had Leroy baptized anyone at the prison. Recently, within a few months, he had baptized five men.

Now Hamid, a Kurdish prisoner, wanted to be baptized too!

In a prison system that issued no uniforms, instead requiring the inmates to wear their own clothing, Hamid stood out for always being well-dressed. But it wasn’t only his appearance that set the Kurd apart. Soft-spoken, intelligent, fluent in five languages and unfailingly respectful, Hamid stood in stark contrast to the rough prison crowd.

Leroy knew the Kurdish man’s story. Accused of trying to smuggle a migrant into England illegally, Hamid had been incarcerated for over a year. He had a wife and child in England, where he’d made a good living. One quick trip to France to meet with a cousin had changed his life forever. He swore innocence but had a long road ahead trying to prove it. Now, his family was struggling to get along without his income.

When Hamid expressed concern for the well-being of his loved ones, Leroy got in contact with GEM workers in England to arrange for food baskets to be delivered.

But Hamid’s spiritual needs also needed tending to. Although he claimed to believe in Jesus, he still had much to learn about the basics of the Christian faith. Hamid had had a strange dream in which he’d seen Leroy and a couple of other men on a terrace holding a white shawl. The shawl belonged to a man that died and was now alive. In the dream, one of the men handed Hamid a piece of the shawl. Leroy helped Hamid to understand more about Jesus, the living Savior, solving the riddle of the dream and strengthening his faith.

In the recent rash of baptisms, Leroy had developed a routine of sorts. Taking a half-Baptist, half-Presbyterian approach, he did the best he could with what he had available—the prison showers. While other inmates gathered at the shower entrance as witnesses, he gave a short talk about baptism, then signaled for a guitar player to lead the men in a song. With the guitarist absent for Hamid’s baptism, Leroy got right down to asking the usual questions.

“Do you confess Jesus as your Savior?”

“Do you want to walk with him all your life?”

“Then I baptize you in the name of the Father, the Son and the Holy Spirit.”

After dunking Hamid’s head under the running shower, Leroy led the men upstairs to the worship room for a short service. Together they recited the Lord’s prayer in English, French and Romanian, then Leroy gave a message.

It has never been easy for Leroy to gather the men for worship services. The guards don’t want to do the extra work of bringing the men out of their cells on Sundays, and Leroy can’t run around the prison escorting each individual prisoner to the gathering place. “It’s like pulling teeth to coordinate a service,” he says. Yet the ministry has turned a corner in spite of that.

“It’s going so well all of a sudden!” says Leroy. “I don’t know what happened! Someone else recently asked to be baptized, so I’ve gone from zero to six baptisms all within the space of a few months.”

For years, Leroy has passed out Bibles to every ethnic group imaginable—Ethiopians, Bulgarians, Russians, Poles and Romanians. Every nationality has passed through the prison, but now he finds himself leading Bible studies mostly with young French men, something he never dreamed would happen.

The explosion of baptisms and Bible studies may have taken Leroy by surprise, but it hasn’t taken God by surprise. He has his own reasons and his own timing. Leroy is now seeing the fruit of years of faithfully showing up, bringing the light of the gospel into a dark place, even when there appeared to be little progress.

Please pray for the prison ministry to flourish, and perhaps consider joining our team of GEM workers in France: