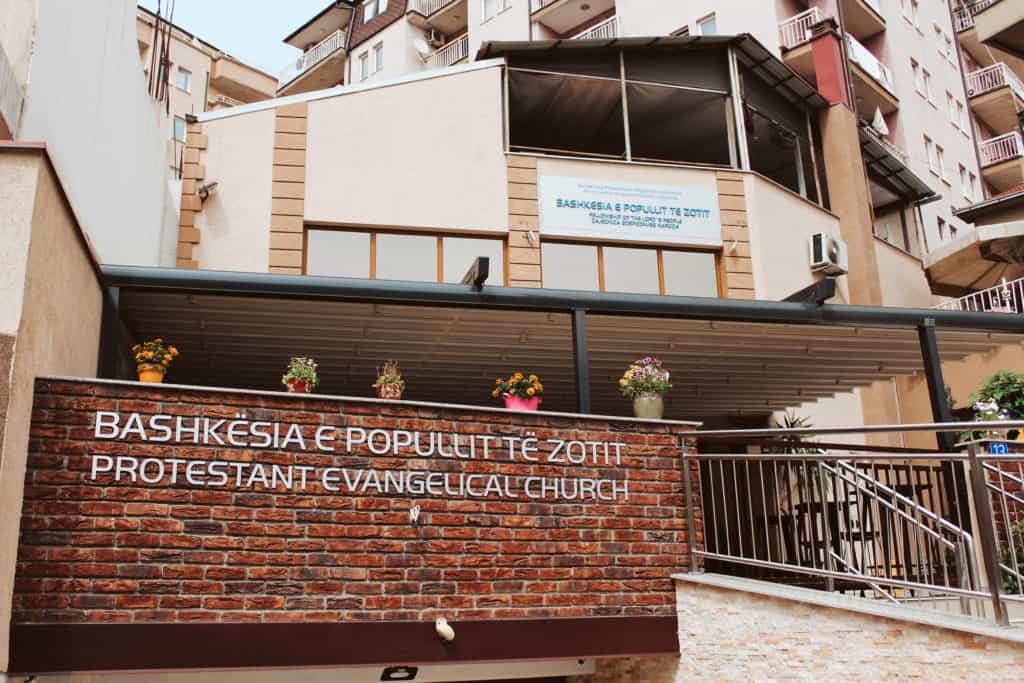 Bashkësia e Popullit të Zotit (“The Fellowship of the Lord’s People Church”) in Pristina where the Ten2 participants served this summer.

A very emotional Sunday morning awaited as the Ten2 Project participants attended their last church service in Pristina, Kosovo. Through teary eyes and suppressed sniffles, they listened as Ten2 director, Mike Taylor spoke about the people who influenced Paul’s life in the book of Acts. He drew the connection to those in Kosovo who influenced the lives of these participants. 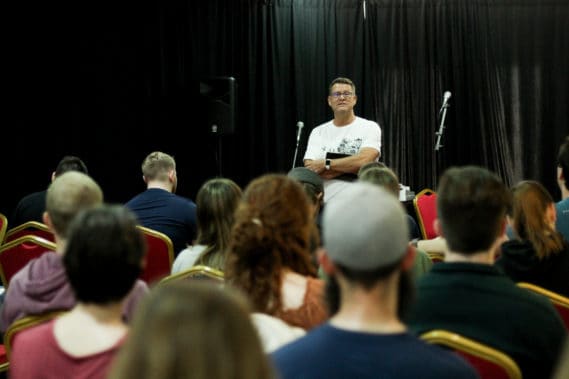 “Your handprint will be on their lives forever,” Mike said to the church and leaders. The impact of spending a summer serving God in Kosovo will help shape these young people into who they will become. The evidence is already seen in that many Ten2 participants already speak longingly about finishing school and entering the mission field long-term.

At the end of May, 51 young adults embarked on a journey that would stretch them and grow them in ways they could have never guessed. Traveling to several cities in Kosovo, they served in the church, participated in street evangelism, aided local ministries, and hosted a kids camp and youth camp completely designed and directed by the group. They frequented coffee shops and strolled along the main street, making friends with locals and spreading the light of Jesus. 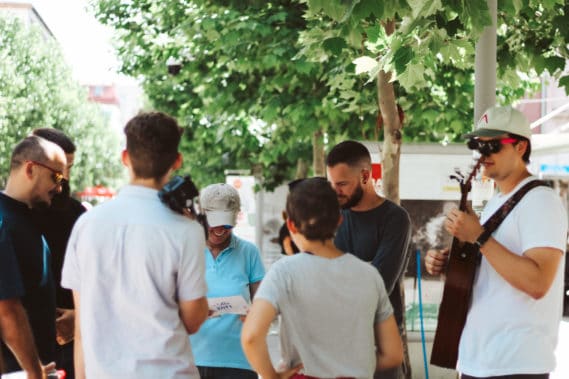 Ten2 participants and leaders interacting with people of Kosovo. 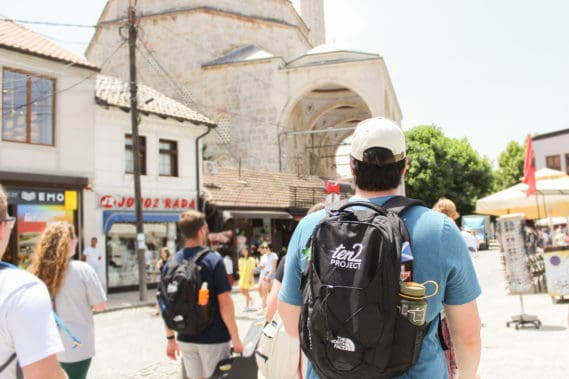 Ten2 Participants prayer walked and did street evangelism in multiple cities across the country.

“These students are leaving this place with a full heart,” Mike said near the end of his sermon. After speaking with many participants, it is evident that those full hearts were torn between returning to their lives in America and staying in a place that had quickly become special to them.

When you serve in a new a place and love the people there and are, in return, loved by the people, it becomes a part of you. Leaving a place that has become part of your heart can be overwhelmingly sad, but saying goodbye is part of the fabric of life. And only through leaving can God open the door for what He has next for us.

As they depart from this adventure, Mike’s words rang in their ears, “You never know how God is using your life.” 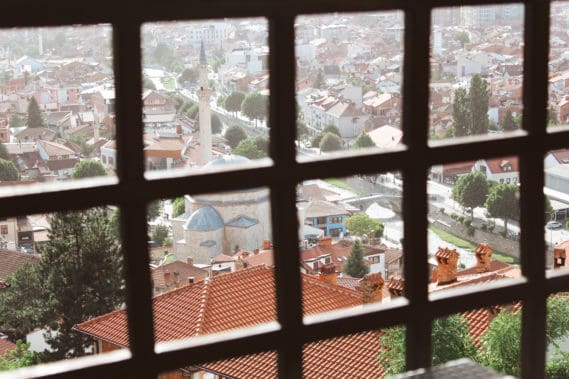 A mosque in Prizren. This city was the intellectual and cultural center of the Ottoman Empire in the 1800s and today Kosovo is over 87% Muslim.

When praying for new workers for the harvest (Luke 10:2), remember these Ten2 participants. Pray for them as they return to their lives and, for many, return to school for their last year. Pray they cling to the closeness of God that was so tangible over the summer. Pray they have clarity on God’s calling on their lives. Pray God calls many to join the workers in the fields and that all of them will carry on the work of spreading God’s love and building Christ’s Kingdom. 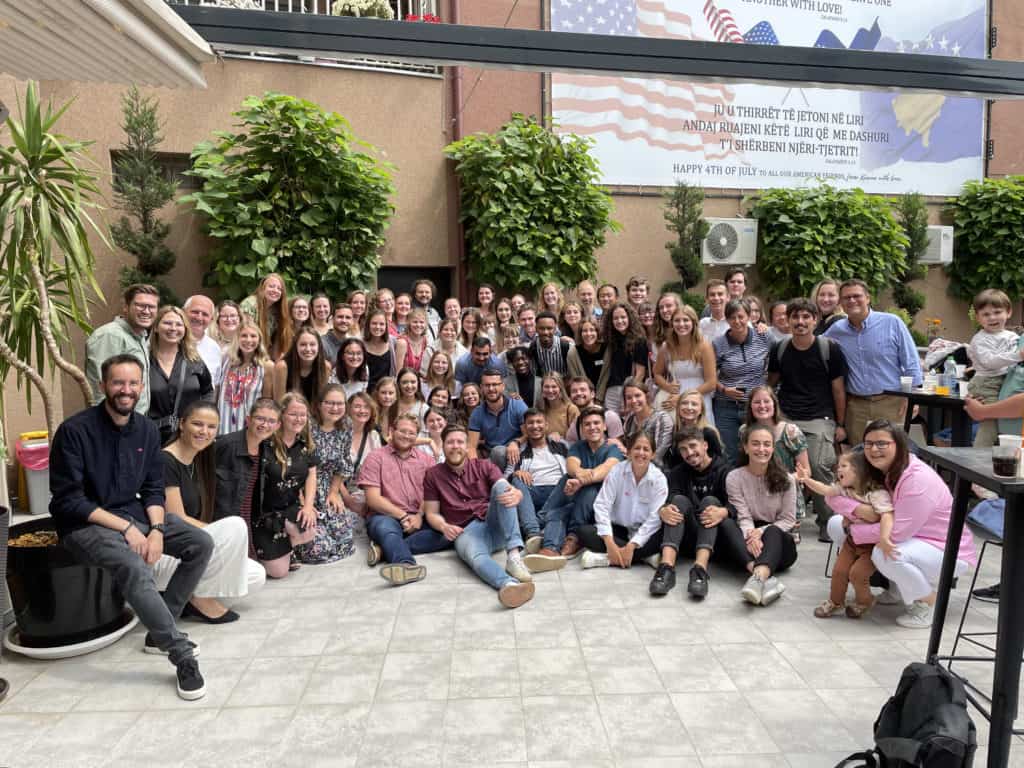 The team of Ten2 participants with church leaders their last week in Kosovo.

“He [Jesus] told them, ‘The harvest is plentiful, but the workers are few. Ask the Lord of the harvest, therefore, to send out workers into his harvest field.’” —Luke 10:2

To learn more about the Ten2 Project, visit:www.ten2project.org

Katey Leavelle is a storyteller with Greater Europe Mission serving in Spain and across Europe. Check out thegroundedwanderer.net to learn more.