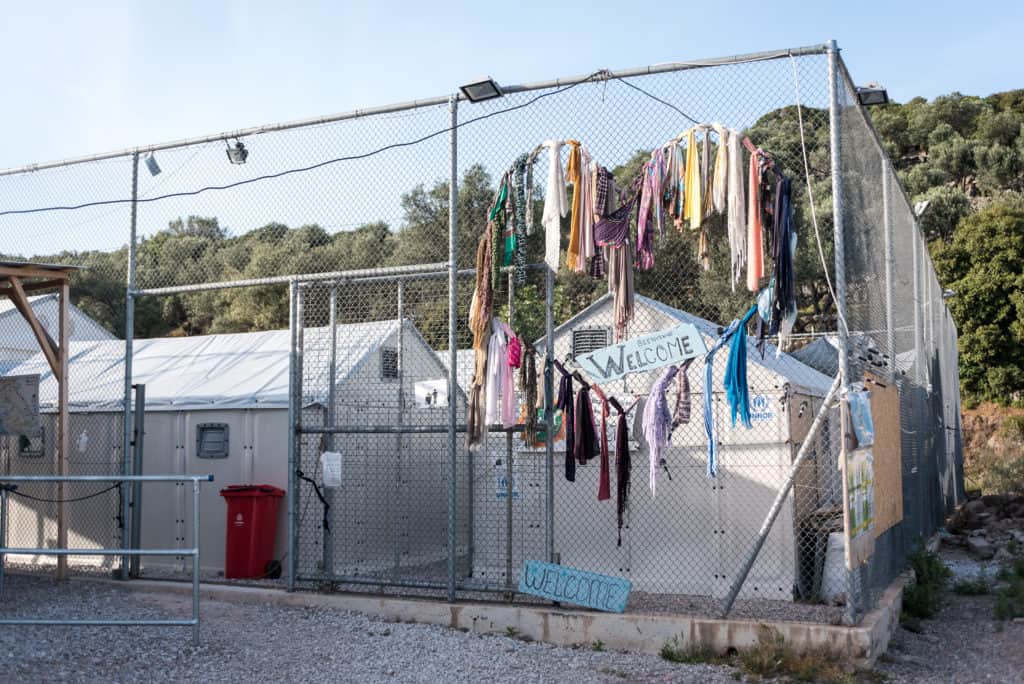 In the fall of 2015, the world watched with shock as news reals flashed scenes of thousands of people flooding into Europe through the Greek island of Lesvos. An image of three-year old Alan Kurdi washed ashore on the edge of Europe awakened the world to the plight of millions fleeing war, terrorism, and economic collapse in their home countries. Over time, the words “Lesvos,” “refugee,” “Moria,” and “crisis” became commonplace for the tragic scene of asylum seekers trapped in tents hoping to find safety and peace in a new land.

It’s now 2021. The television crews have left the island and life has gone on for the millions who were stirred with compassion those six years ago. But what is the current state of refugees on Lesvos? What is the reality for those still stuck seeking safety? What are their needs and how can we as Christians respond?

James*, a GEM global worker serving refugees in Lesvos with his family recently shared his thoughts. “You don’t have to pray for opportunities here to share the gospel—the opportunities are endless. There are so many ready to hear the Gospel,” he continued, “and not enough people to share it.”

The abundant opportunities and incalculable needs can paralyze one at the prospect of doing anything. Where do you begin when the needs are greater than any one person’s capacity? James fights the temptation to despair by asking a simple question to orient himself. “What has God given me for today and how can I take steps in obedience?”

“One of the biggest misconceptions for ministry on Lesvos,” shared James, “is the expectation that we can come in and improve things instantly.” Of course, there are ways in which we can serve and aid in meeting physical needs and faithfully share Christ, but “nothing is smooth or works well here,” James said honestly. “It’s not about coming to start something new saying, ‘That could be better, that could be faster,’ it’s about coming in and simply being present and joining in what God is already doing. God is moving in the hearts and minds of people, it’s our job to show up and be faithful to what He’s put before us each day.”

“The people here are emotionally, mentally, and physically tired,” shared James. “They can’t get jobs and are stuck in every sense of the word.” These people have left lives, families, and friends in hope for a better life but have so far experienced disappointment after disappointment. “It’s difficult to sit around for months,” James continued. “We need people to come and care simply through their presence and friendship.” 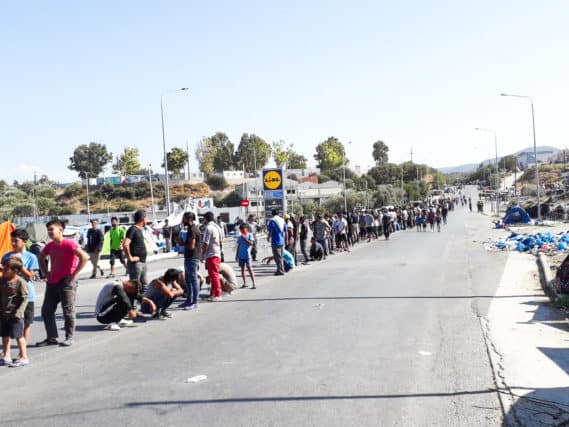 James highlighted several specific ways to pray for the ministry on Lesvos, give to the work of GEM in Greece, and send people to serve.

At GEM, we believe that God moves through our partnership with Him in prayer. In Luke 10:2, Jesus encouraged us to “pray for the Lord of the harvest to send workers into the field” (emphasis added). At 10:02 each day, GEM missionaries across Europe pause to pray for people to respond to God’s call by going and we would welcome you to join us in praying specifically for people to come serve on Lesvos.

As always, there are physical needs that can only be met through giving. Since 2015, the European Union has recorded over one million people that have passed through the island of Greece into Europe. At present, there are over 7,000 asylum seekers on Lesvos alone living in dire conditions hoping for a place to call home again. The humanitarian needs are great, and if you feel inclined to give toward GEM’s ministry to refugees, visit gemission.org/give and search “refuge” to partner with us through giving. 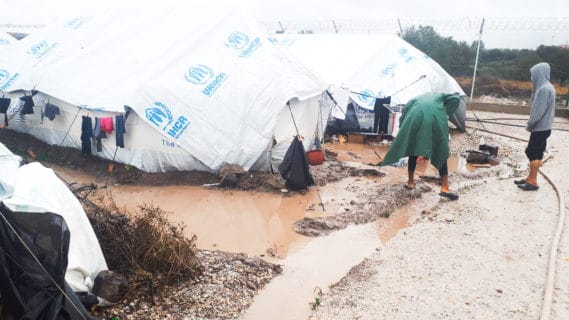 Finally, there is a great need for workers. As one short-term server with GEM noted, “There is a massive discrepancy between the spiritual and physical needs and the workers. I think of what Jesus said when He says, ‘The harvest is plentiful but the workers are few.’”

For those interested in short-term trips, GEM partners with trusted organizations working in and among the camp who welcome short-term volunteers to help the immediate physical needs of refugees. For those interested in long-term service, willing to root their lives in Lesvos, the chance to address spiritual needs through living out the Gospel in daily life with refugees is ready and waiting for you. 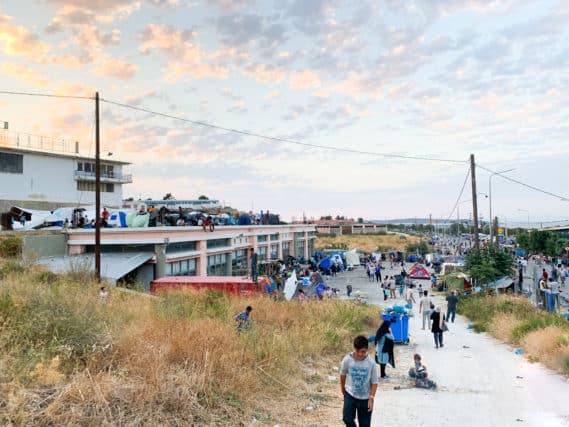 Prior to the restrictions brought through COVID-19, the GEM team and female missionaries from other organizations used crafts, fingernail painting, karaoke, and Bible lessons to connect with women. “Having a space for just women to be free and open has created many opportunities,” James shared. There are so many women with heart-wrenching stories open to hearing the good news of Jesus, we just need more people to meet them and walk through life with them.

“For the guys,” continued James, “building trusted friendships and creating shared experiences help us bond with the men here.” Whether it’s playing card games, doing street evangelism with Farsi-speaking believers, or playing sports, simply taking time to be with the men unlocks doors for spiritual conversations.

At this time, there are over sixty new believers being discipled in the new refugee camp of Karatepe, thirty people seeking truth and asking spiritual questions, and dozens of new converts waiting to be baptized. “For many of these refugees, this is the first time they can explore other faiths and don’t have to follow strict religious practices,” shared James. The door is open and the people are ready to meet Jesus.

While the need is great, James is confident the Lord is on the move. “We can do everything in our power, and if God’s not behind it, it isn’t going to happen,” he said. “But the fact that He is moving and is using so many people even in the midst of all the barriers that we see is the biggest encouragement to me. When He is behind it, He moves mountains to reach people through those of us that are willing to be here, be intentional, and share Jesus with them.”

James and his family have lived on Lesvos for over a year and will soon be welcoming two more GEM missionaries to their team serving refugees. Join us in praying for more people to join the harvest field in Lesvos, Greece, and Europe reaching refugees and ask the Lord how He might have you respond to this great opportunity.

In the words of James, “Where are the willing workers?”
—
About the authors:

Grant is a storyteller with Greater Europe Mission and serves in Birmingham, England. Check out grantandnaomi.com to learn more.