The Long-Awaited Harvest: A Muslim’s Family’s Decision to Follow Jesus 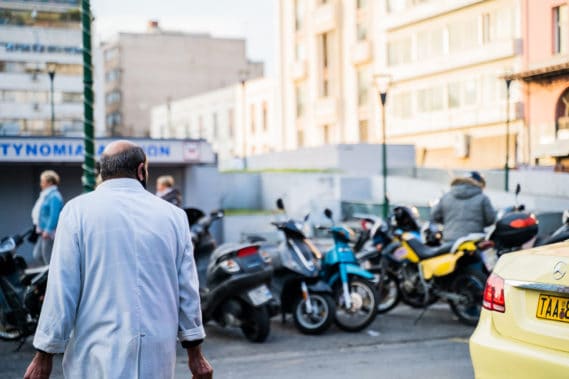 Jay squinted in the sunlight, trying to recognize the man who called him by name. He hadn’t expected to talk to anyone but his children that afternoon, having taken them to a playground for his own relaxation as much as theirs. Yet now someone vaguely familiar approached.

“I see you before,” said the Afghan in limited English. Behind him stood a woman and two teenagers—his family. He tapped his chest. “Farzad. I talk with Michael.”

“Oh, yes!” Jay recalled sitting at a table there in that very park. His co-worker Michael had struck up a conversation with a group of Afghans who happened to be passing by. Jay recalled saying hello to them, but a phone call had distracted him, and he hadn’t taken part. Yet he did recall seeing this short, slender man with kind eyes among the group.

“I must tell you….” Farzad continued, almost breathless with urgency. His son stepped forward and did his best to translate: “I had a dream. In it, I walked through a broken-down building. I found a man there, dressed in white and holding a book. Behind him, I saw a hill.”

Jay glanced over to make sure his kids were okay on the swings before saying, “And then what happened?”

“The man told me to go to the top of the hill and shout, ‘Jesus is Lord!’” Farzad listened to his son translate, his eyes glistening as they filled with tears.

The two men exchanged contact information, and soon found themselves sitting across from each other, along with a skilled translator, in a local ministry center. Once again, Farzad had brought his wife and children with him.

Looking at the Afghan over a steaming cup of tea, Jay could see he’d had a tough life. Though only in his early forties, he looked closer to sixty, with wrinkled, weathered skin. Farzad’s wife peered demurely out from beneath a flower-print head scarf. Her dark eyes moved back and forth continuously as she followed the conversation.

“We recognize the flaws in Islam,” said Farzad. “My wife and I can see that it’s not loving and it’s not kind. We can see that Christianity is different. But what if we say yes to Christianity, and we have to go back to Afghanistan? Our lives will be in danger!”

Jay replied, “Farzad, brother, I don’t know what to tell you. I can’t put myself in your shoes and say what I would do. But I do know that if we choose to follow Jesus Christ, we are a new creation in him.” 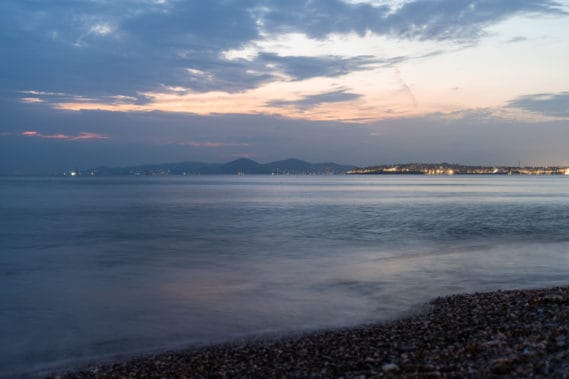 The Afghan’s struggle reminded Jay of the rich young ruler, who counted the cost of following Jesus and found it too high. Like him, Farzad had to count the cost. Not only was Farzad processing leaving his country, but he was also navigating life in a European refugee camp and the long ordeal of seeking asylum. Christianity was just one more layer heaped onto an already complicated existence.

Farzad knew Jesus was calling to him, offering something much better than Islam. Yet he seemed weighed down with worry and despair, paralyzed by fear and unable to make a decision.

Soon after that meeting, COVID-19 struck. Farzad and his family were transferred to a distant camp, and communication broke down. Six months later, in November of 2020, Jay’s phone rang in the middle of the night. The next morning, Jay saw that Farzad had called. He got in touch and the two men set up a Facetime call that included a translator.

When Farzad’s image popped up on the screen, Jay couldn’t help but notice a change in the man’s demeanor. His face radiated joy! “I just wanted to tell you that I and my whole family have accepted Jesus as our Lord and Savior. I’m sorry I called you in the middle of the night. I was just so excited to tell you!”

Jay was familiar enough with Afghan culture to know that when a man made such a decision, his wife and children followed. As head of the household, Farzad bore the responsibility of choosing his family’s spiritual direction. Determined to help him grow in his new faith, Jay plugged him into Zoom calls with other new Christians and a discipler. Farzad would be welcomed into their fellowship; they would journey alongside him, and Farzad would be strengthened, encouraged and equipped to disciple his own family members.

After that Facetime call, Jay pondered the tough realities of Muslim ministry. Ninety percent of the time, when he invested his time and energy in sharing the gospel with Muslim men, he didn’t see fruit resulting from it. That didn’t usually bother him. God had never promised his followers that they would see fruit. Yet despite that, God had allowed Jay to see it!

Michael had planted the seed, God watered it, and Jay had just happened to be in the right place at harvest time.