Frightened and unsure, Antin stood at the Ukrainian border with his wife and four small children. His church in Odessa assured him he’d be handing his family over to trusted contacts in Romania but that didn’t change the anguish he felt in sending them to safety. Heartache soon turned to relief when the border guards, seeing that they had “too many children” insisted that Antin stay with his wife to help her care for them. 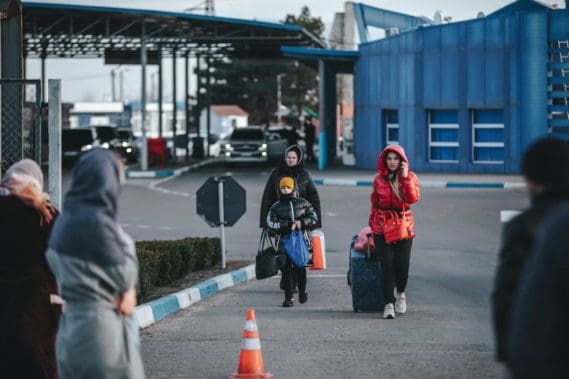 Queues at borders stretch for miles on end as Ukrainians seek refugee from the war.

A convoy of vans from Bucharest’s Holy Trinity Baptist Church was waiting to transport the family to a church-owned camp about ninety minutes outside of the city. Although Antin was grateful to be with his family, he questioned why he was allowed to leave Ukraine when all men ages 18-60 were required to stay and fight.

Having had nothing to do for days, Antin felt both guilty for leaving Ukraine and useless in his present situation. Boredom set in and his thoughts began to spiral.

In the meantime, Jeremy Tice, a global worker with World Partners working in partnership with a team of 18 other volunteers from Kandern, Germany (including nine GEM workers), had arrived at the camp on a chilly Tuesday morning to help with various maintenance needs.

Antin closely watched the team as they worked. He longed to feel useful, to be a part of what they were doing. With a background in construction, he knew that by assisting them, he could not only feel useful but he would be useful. 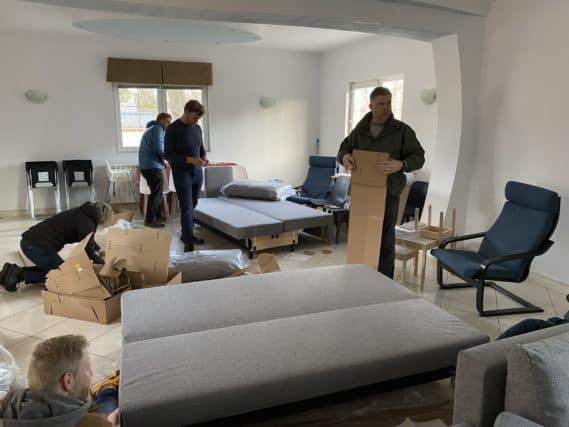 Furnishing a donated home in Romania with furniture.

He approached Jeremy and said, “I have skills and I need something to do. Please let me help.”

For the next several days, Antin competently worked alongside Jeremy and a small group of men. They laughed and talked and made several trips to the local hardware store, even purchasing tools to leave behind so Antin could continue working after the team left.

With nowhere to go until the war is over, Antin and his family will be at the camp indefinitely. The seemingly small gesture of Jeremy and his team treating Antin with dignity and allowing him to use his gifts and talents helped Antin move from a place of hopelessness and uselessness to being able to provide for others and offer something of value.

As GEM continues to serve and meet needs through long-term workers, short-term teams and ministry partnerships, visit https://gemission.org/pray-for-ukraine/ to learn how you can pray and give.