Encouraging Locals to Fulfill the Great Commission in Germany 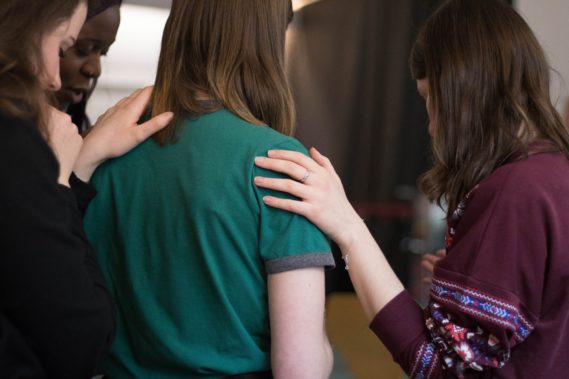 GEM worker Crystal first noticed Karina* when she came to church pushing her younger brother in a wheelchair. The young woman, no more than thirty but looking much older, walked with slumped shoulders and a hesitant gate. Her hair was dirty and disheveled. Stains marred the rumpled blouses, skirts and pants she wore.

As Crystal got to know Karina, she learned that poverty wasn’t the reason for her unkempt appearance. The young woman had a full-time job in a government social services office. Yet her every waking minute away from work was consumed by caring for her elderly, bedridden mother and her handicapped brother.

Karina had no concept of self-care. She paid no heed to the most basic tasks of personal grooming in order to concentrate more fully on the needs of her family members. Her cluttered apartment gathered grime and dust while she devoted every ounce of energy to her mother and brother.

She had no life of her own. It had always been so with Karina. She felt paralyzed and depressed. Even after her mother passed away and her brother went to live in a group home, Karina maintained the narrow, hemmed-in life so familiar to her.

Karina simply did not see herself as important enough to deserve self-care, and this resulted in her believing she had nothing of value to contribute to others.

In time, Crystal managed to draw Karina out of her shell. It wasn’t easy. Karina was cripplingly shy and withdrawn. She lacked the confidence to form friendships, hardly knowing how to reciprocate in conversation. Patiently, Crystal continued to invite her over for meals and arranged to meet her in local cafés for coffee. Gently she asked questions, then listened carefully to the answers.

The GEM worker also shared some of her own life struggles with Karina. Her openness and vulnerability helped the young woman to feel safe. Crystal’s willingness to share honestly demonstrated to Karina what true, reciprocal friendship looks like.

For the first time in many years, Karina felt heard and seen. Gradually, she too began to open up. She had been a Christian for many years but seemed to have little concept of herself as a beloved child of God. Her identity had been derived solely from her role as caregiver within her family.

Crystal knew this wasn’t healthy. She began to think of ways to break the monotony of Karina’s life while simultaneously drawing her into ministry. Then it occurred to her! The large German city in which they lived had a sizeable immigrant population. The church hosted a ministry inviting these people to come in and enjoy food and conversation. 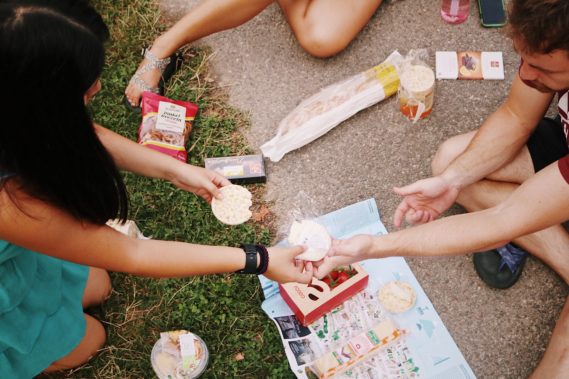 “Karina, would you be interested in helping serve food and drinks at the weekly hospitality evening?” asked Crystal. “You can also greet the people as they enter the building.”

The young woman shook her head. “I don’t think I would be good at that.”

Not wishing to pressure her, Crystal let it go. But after a few weeks, Karina approached her. She had been praying about it, she said, and was now willing to give it a try. Still a bit hesitant, Karina said, “You will have to show me how to do it.”

That would be no problem!

Week after week, Crystal trained Karina in basic tasks that for most people would come naturally and easily, but for the socially backward young woman proved challenging. Karina watched closely as Crystal modeled hospitality by greeting the guests warmly. Karina gradually grew in confidence. She took on more and more responsibility.

Today Karina is in charge of the hospitality portion of the evening ministry to immigrants. She trains volunteers as Crystal once trained her. She now greets each person as they walk through the door, making them feel welcome.

This metamorphosis didn’t happen overnight. It took a handful of years in which Crystal patiently and prayerfully ministered to a woman whom society regarded as invisible. Through this, the Holy Spirit brought about change. Others in the church had sensed that Karina needed support, but the right person to reach into the shy woman’s life had not yet come along—until Crystal arrived.

And this was exactly why she had come to Europe in the first place.

“With Karina, I saw my vision for why I work in Europe turn into reality,” says Crystal. “My goal is to support nationals to be able to step forward and fulfill the Great Commission, to be a part of reaching others. To be sent. This is what is happening with Karina. Now she is able to reach outside of herself to share Christ’s love with others in our congregation, as well as anyone new that comes.

“This is my reason for serving in a church,” she continues. “To help the locals say, ‘I can do this!’ They don’t have to be a missionary or on staff at a church. They can just be themselves and minister to those around them.”

Would you like to come alongside European nationals to encourage them in faith and ministry? Click here