A Call to Prayer: Praying for Muslims Through Ramadan 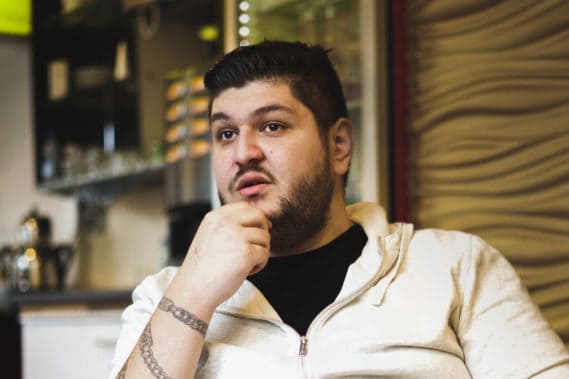 On a cold, dreary day walking the streets of Frankfurt, we were happy to see the sign of a döner kebab shop. We ducked in to warm up and grab a bite to eat and met the most cheery restaurant worker. He served us a heavenly Turkish sandwich and we sat down to talk. “My name is Ekrem*,” he said. “It means ‘hope.’ My family wants me to be religious. They always tell me what to do—go to mosque, do this, do that…”

We listened on with curiosity and compassion.

“I believe there’s someone up there, and someone down there, but I just don’t give a ****.”

Our conversation continued, as Ekrem opened up and shared his story with us. He talked about the difficulty of being brought up as a first-generation German with parents who migrated from Turkey. Frankfurt was Ekrem’s home from birth, but before college, Ekrem left his family to pursue a relationship. “I wasted six years. There’s no other way to put it. I chased a girl to Hamburg. We had a kid but it didn’t work out.” Eventually all of this heartache brought Ekrem home to his family in Frankfurt. “I missed my brother. We’re tight like a chain. I think you guys would like my brother,” Ekrem continued with a smile. “He talks a lot!”

Most days Ekrem is at college studying, but one day a week he works at his father’s restaurant. “I work here on Sundays to help my dad. He works thirteen hours a day, seven days a week. He helped me for more than 20 years; it’s the least I can do to help him now. I guess that’s a part of my Turkish identity—we take care of each other.”

From asylum seekers on the shores of Greece, refugees in Germany, or second-generation immigrants in Great Britain, Islam is spreading across Europe. Whether through nominal cultural observance, as noted in Ekrem’s story above, or devout practice, Islam is quickly on the rise to being one of the top religions in Europe. What an amazing opportunity it is for Christians to come alongside Muslims, ask questions, hear stories, and love like Jesus. By sharing Christ through relationships, God has drawn waves of Muslims to follow Isa (the Arabic name of Jesus) through GEM missionaries.

Today is the first day of fasting for Muslims worldwide observing Ramadan. Ramadan is a month of seeking God’s blessing and is a crucial opportunity for Christians to come alongside Muslims to pray for and with them for God to reveal Himself to them in the person of Jesus. In this month, many of the 1.8 billion Muslims in the world and 26 million Muslims in Europe will be joining the Call to Prayer, a five time daily discipline Muslims practice of calling out to Allah in fervent prayer. Will you commit with us to pray five times a day this month for Christ to draw hearts to Himself from the Muslim people? From as simple a prayer as, “Jesus, speak to Muslim people through dreams or visions,” to specific prayers for Muslims you may know, we believe God answers prayers. So let us join together in boldness to beseech the Father for the lost children in the house of Islam to come home to their Father through the love of Jesus.

Pray with us here.

Grant and Naomi are storytellers with Greater Europe Mission and will be serving in Birmingham, England. Check out grantandnaomi.com to learn more.