As the world watched Ukrainians flee from their homes, a group of believers gathered together in May 2022 to share what they were doing with their churches to respond to the needs of refugees. Greater Europe Mission, networking and organising a gathering in Poland, invited Kevin Flierl to film and capture stories during the Christian Ukraine Collaboration. 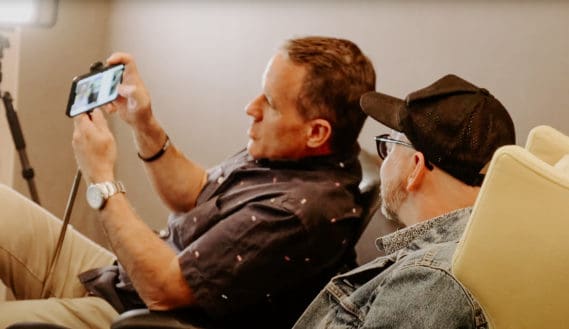 Kevin is a bold evangelist and a skilful filmmaker and vlogger serving in Switzerland with Greater Europe Mission. As he recorded testimonies about God’s amazing power and provision at this special gathering in Krakow, Poland, he was struck by the sharp contrast of the light of the kingdom of God with the dark history of nearby Auschwitz-Birkenau.

Choosing to remember part of World War II history, Kevin hopped on a bus to participate in a tour of the death camp at Auschwitz-Birkenau. For more than three hours, he walked around the camp and learned about the details of this place of torture.

It was in Auschwitz II, located in Birkenau, Poland, that Hitler’s secret service created four “bathhouses” that served as gas chambers. There, groups of up to 3,000 people would be corralled into these rooms and exposed to poisonous gas that would kill them in under 10 minutes. After this, fellow Jewish prisoners were forced to pull out gold fillings and transfer the bodies to cremation ovens that could burn up to 7,000 bodies a day. Nearby rivers flowed dark and murky with the ashes of thousands of Jews.

Today, Poland continues to offer tours of death camps. It is critical to remember what happens when the powers of darkness exert their reign in this broken world. 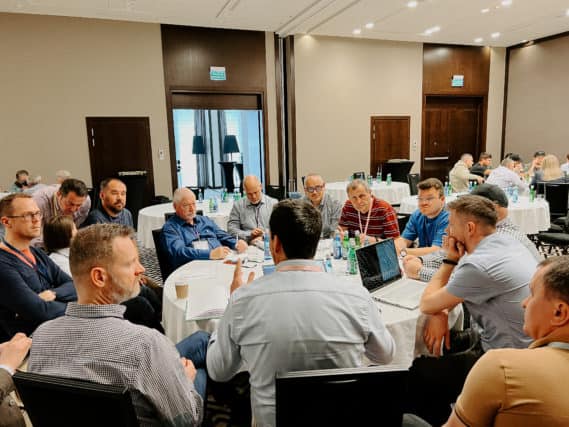 When Kevin returned from such a heavy, heartbreaking tour of the camp, he noticed more clearly the stark difference between history and the present day gathering of Christ followers in Poland. Instead of planning death and extermination, believers from various denominational backgrounds came together to clearly lay out what their churches are doing in response to the war in Ukraine that began February 24, 2022. They also talked about what they still need to continue their work: people, money, and prayer.

The rooms of the Christian Ukraine Collaboration were filled with hope and optimism as people from across the world shared ways that the Kingdom of God is growing — and defeating the kingdom of darkness.

We serve a God who is victorious. We know that, in the end, our God completely crushes Satan. We rejoice that God’s people on earth are gathering together to collaborate and share hope with those fleeing darkness. 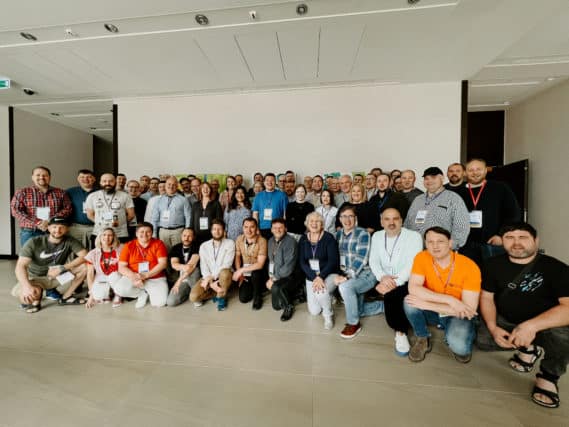 For more reflections on the Christian Ukraine Collaboration as well as Kevin’s visit to Auschwitz-Birkenau, click here.

To watch a story about the Christian Ukraine Collaboration, click here. 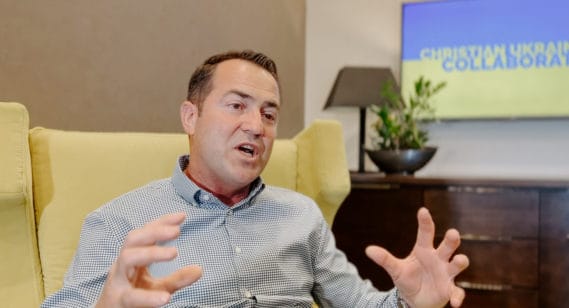 Emily Nichols and her family serve in Manchester, England.