❏ Praise God for the history of His people in this area.
❏ Prier that the body of Christ in Paris would be built up just as this church building is being rebuilt (Eph 4:11-13).

❏ Praise God for the gift of Scripture and the developments that  have made it more readily available to the general populace. Return to Rue St. Jacques and turn left. On the left-hand side just  around the corner you will see a small courtyard with a statue in the  middle and busts set in the walls on the sides. These honor the first professors of Le College de France (John Calvin studied here). Many of these men were influential (some intentionally, some unintentionally)  in bringing the Reformation to France. Adrien Turnèbe, for example,  taught students how to read Scripture for themselves.
❏ Prier that Parisians would desire to find out for themselves what  the Bible says.

❏ Praise God for those willing to suffer and even die for Him.
❏ Prier that French believers today would have courage in the  midst of an antagonistic culture (Tit 2:7-8)

❏ Praise God for preserving a people for Himself in France, and  for those who continue to faithfully reach out (Phil 1:3-6).
❏ Prier that the Church in France would continue to multiply. *If you would like to combine this walk with the Luxembourg/Louvre  walk take Rue Soufflot away from the front of the Pantheon to a large  roundabout. Turn left and cross the street at the next crosswalk to enter  Jardin du Luxembourg. (~8 min).

Begin in the Jardin du Luxembourg. If you have not already, go through  the Prayer Walking Prep Guide. If the weather permits, spend some  time sitting in the park and praying for people you see.
❏ Prier for young people

❏ Prier that leaders in

❏ Prier for business owners and residents of this neighborhood to  find true contentment in the gift of Jesus (1 Tim 6:6-10). Turn left on Boulevard Saint Germain and walk about a block until you  see the church of Saint Germain on the right. This church is the oldest  church in Paris and was the center of power for the Catholic church for

❏ Prier that amid anger at religion and idolizing intellectualism  Parisians could be set free by the Truth (Jn 8:31-36).

❏ Thank God for the ways He provides for the nation of France.
❏ Prier that the French would use their blessings to be a blessing  (Gen 12:2-3). 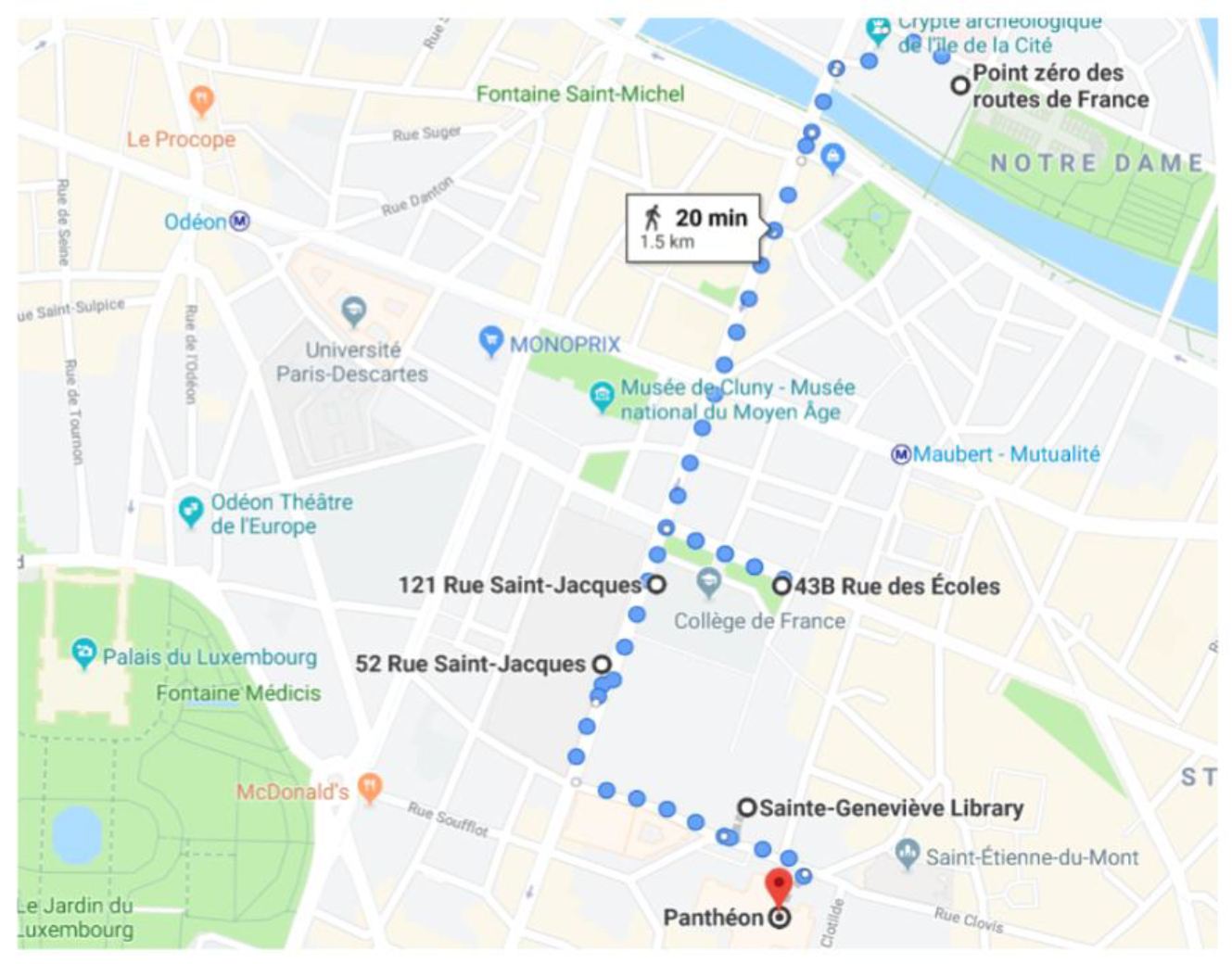