One Hundred Days into the Ukraine Crisis

It was a normal day. All across Ukraine, people brushed their teeth, went to work and ate dinner with their families. They climbed into beds and closed their eyes, anticipating tomorrow would be no different.

“I woke from the explosions,” Mikhail said. “The Russians bombed the airport in Dnipro. I woke up my wife and said that the war had begun. I will remember this morning forever.”

June 4th, marks one hundred days since Russian forces invaded Ukraine. The Russian military is bombing Ukrainian cities, destroying hospitals, airports and homes like Mikhail’s. Over 6 million Ukrainians have fled the country as refugees––five times the number of Syrians who fled during the whole of 2015.

Mikhail is a pastor who is currently still in Dnipro, Ukraine, which lies at the center of the war. The city is bombed nightly, making sleep almost impossible, and yet he is unable to evacuate. Men ages 18-60 are required to remain in Ukraine due to wartime mobilization. Mikhail’s wife, on the other hand, evacuated to Germany along with her mother-in-law. 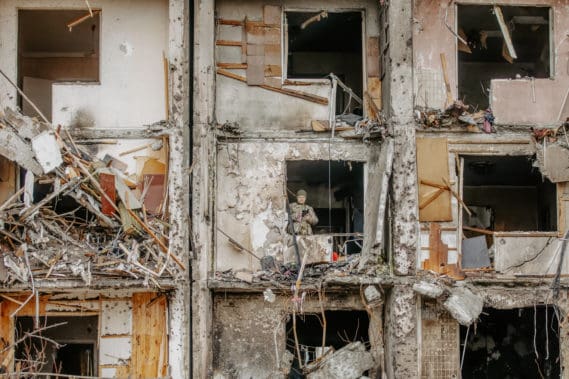 The church where Mikhail planned to preach on Sunday was quickly converted into a refugee shelter.

Now, his days are spent caring for desperate and heartbroken Ukrainians – like himself.

“Every night we receive more than a hundred suffering people fleeing the war. We provide them with lodging, showers, hot meals, medicines and advice about their movement to the West.”

One on the Move

Vasil is another servant being used by God in Ukraine. “Everything is changing. I have not been able to see my whole family because the war has separated us in various cities. I don’t have a job now. I can’t serve in ministry like I was able to before.” 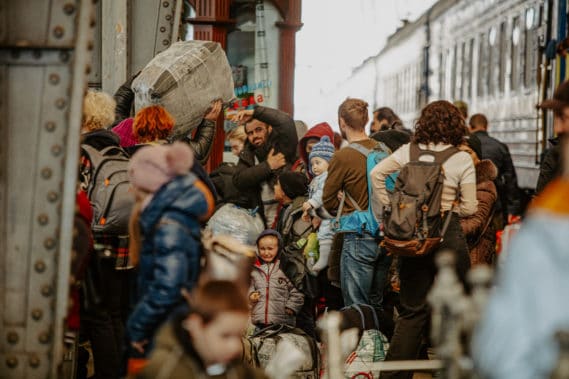 He travels to a new Ukrainian city every day delivering supplies to survivors. So, while he is unable to serve like he once did, he is committed to serving God by loving his people in a period of calamity. “After about a month of the war, a lot of things that seemed important to me before the war suddenly weren’t. We don’t think about the future much anymore. Time just seems to have stopped.”

Inna and her daughter arrived in Louisville, Kentucky in April after escaping their home in Bila Tserkva when Russian missiles destroyed the city. Streets, hospitals and homes are completely deserted and unrecognizable, making up the rubble and ash. The small fires that burn everywhere go largely unnoticed by the petrified Ukrainians who are fleeing their homes for safer countries. They prepare to leave their individual identities behind as well, bracing themselves for the new collective identity of ‘refugee’.

Even after making it to the United States, Inna’s heart and mind remain in Ukraine. Distance from the war and physical safety does not automatically mean healing for so many Ukrainians who have witnessed such trauma. They continue to live separated from their loved ones, unsure of what the future holds for their country and the next generation. 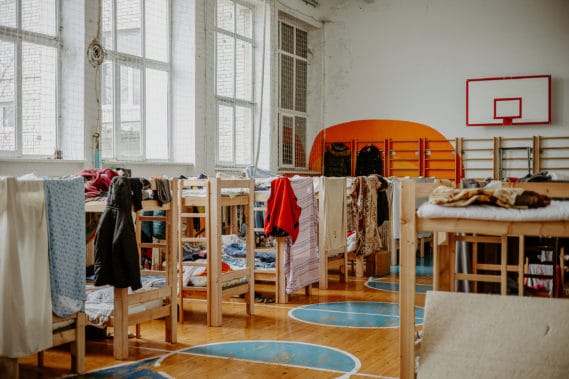 From the first day to the hundredth, Greater Europe Mission has been on the frontline of refugee response.

Over $100,000 has been spent to help house, feed, and relocate refugees in Moldova, Romania, Czech Republic and other neighboring countries. And that number continues to grow. For those in Ukraine, those fleeing for safety, and those landing in new countries, our workers and partners are united to offer material aid and spiritual support.

Continue to pray earnestly for those who are a part of this diaspora and those who remain in Ukraine, holding up their country.

May the God of Peace bring comfort, shalom, and redemption out of destruction.

To learn more about GEM’s response and to support our work in and around Ukraine, click here.

Anna Grace Mixon is a storyteller with the Ten2 Project serving this summer in Brno, Czech Republic.

Emma Hearn is a storyteller with the Ten2 Project serving this summer in Birmingham, England.

Photos by Palinchak, SlavkoSereda, and Ruslan Lytvyn via dreamstime.com.