On the Ground in Romania: A Missionary’s Testimony 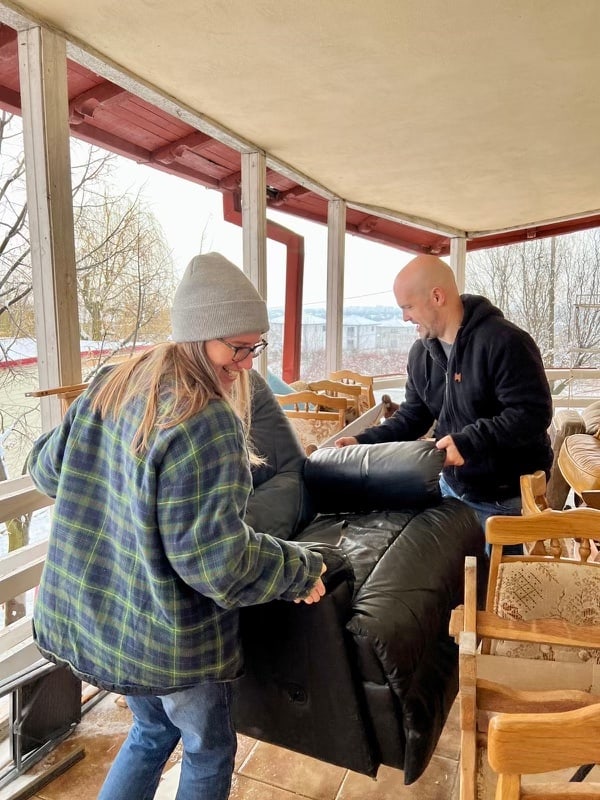 On Saturday, March 5th, 2022 I already had a good idea of what my responsibilities for the coming week would look like as the CFO for Greater Europe Mission.

Russia had invaded Ukraine 9 days earlier and I knew from the Syrian civil war that refugees moving through Europe were sure to follow within days. On Sunday morning we went to church in Germany, where our pastor let us know that he had a Romanian pastor friend in the Bucharest area who needed help with the flow of refugees.

Despite doing a quick calculation in my head of what it would mean, the Lord’s prompting was very clear—I was going. Nineteen of us met on Sunday afternoon, bought tickets Sunday evening, caught a 6 am train to Frankfurt on Monday, and took a Monday afternoon flight to Bucharest.

My only other trip to Romania was in 2004, when my wife and I, 27 years old and expecting our first daughter, travelled to a camp outside of Timisoara in western Romania called Camp Bradatel. GEM had partnered with the camp through a GEM worker who still serves with us today, Dwight Poggemiller.

From that trip, I remember a few distinct things: a retaining wall we built to hold up the hillside, English lessons with the kids, cabbage rolls, chaotic driving and friendly teenage translators who interpreted for us with the Romanian volunteers.

Over the past 18 years, I’ve occasionally thought back to that experience and can’t help but wonder what lasting impact those 2 short weeks had in the bigger picture of the Kingdom.

We arrived in Bucharest Monday evening, and Tuesday morning we made our way to the church where most of the refugee response efforts were underway. We were introduced to the lead pastor of the church in central Bucharest who was coordinating the efforts of eight churches across a wide spectrum of denominations. 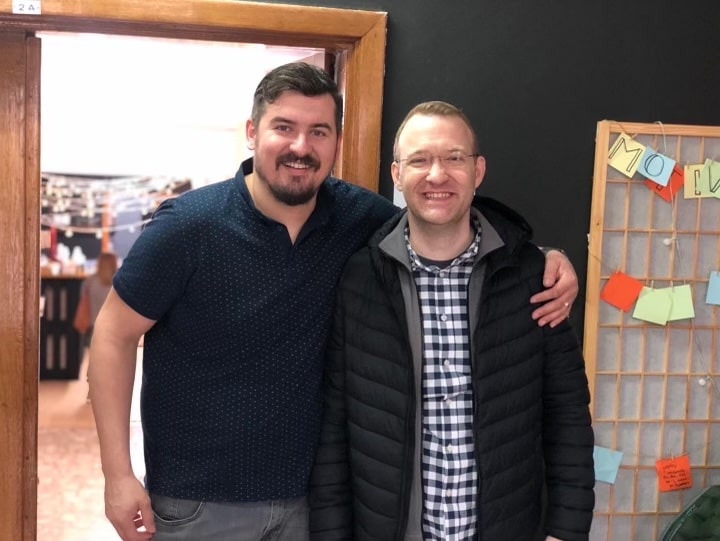 Nelutu Lubas (pictured on the left) is a charismatic pastor in his mid-30’s whose church leadership role fell to him unexpectedly three years earlier. Despite implementing some helpful changes, his congregation of 500 was experiencing similar issues to other churches around the world: a lack of energy behind their faith, a general malaise, members complaining that they were in a rut of “lots of talk but little action”. These are all things that COVID only amplified.

Russia invaded Ukraine on a Thursday, and by that Saturday  the first Ukrainian refugees arrived on the front steps of the church. Since then, the church has converted its sanctuary, Sunday school rooms, offices and even broom closets into temporary lodging.

All thirteen paid staff between the network of eight churches have dropped all other responsibilities to take shifts in leading the response. Up to eighty local volunteers make food, change and wash bedding, shuttle refugees to embassies, play with kids and take night shifts.

The large welcome sign upon entering the church lobby offers the following in Russian, Ukrainian and Romanian next to QR codes:

1) How to register upon arrival

3) How to learn more about the church

4) How to register for departure

The most immediate needs of these refugees are for food, a bed, and help with access to the embassy. But this is only the beginning.

Every person has a story.

Many of them can’t help but share tales of relatives trapped in towns without food, brothers on the front lines of the war they are still talking with, as well as the heartache and stresses of their journey so far.

These resilient people depart the church having had tangible needs met: sleep, shower, food. And, perhaps just as important, having been listened to and prayed for before they are sent off to a friend or relative in another corner of Europe. 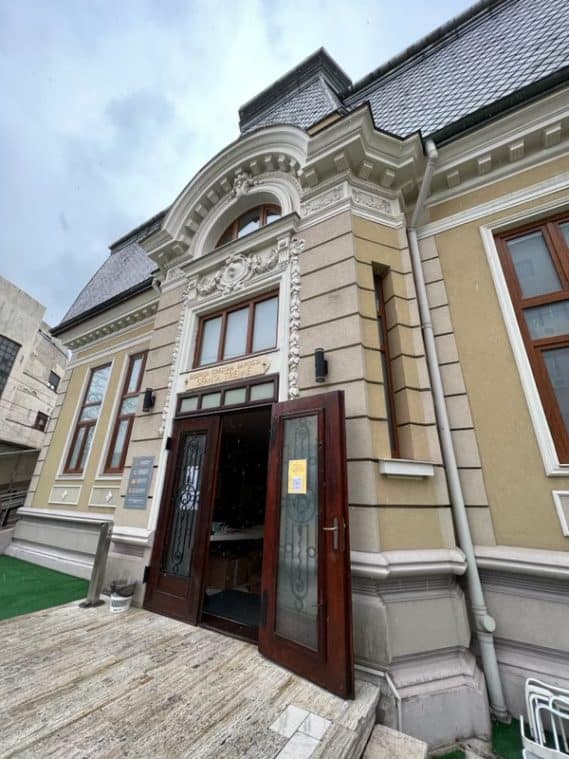 Though Nelutu’s heart is broken for the suffering of the war, he also sees God lighting a fire in his congregation and their partner churches. He’s had members come to him recently saying, “THIS is what the Church of Jesus was meant to do”.

“For decades we’ve received generous help from the Church in the west and now it is finally our turn to be Christ for others in a way that others were Christ to us,” Nelutu told me.

When he said this, I reflected a bit on my only other trip to Romania 18 years earlier.

When I asked Nelutu if he grew up in Bucharest, he said that he didn’t, but instead grew up in the green hills of Timisoara, several hours away in the west. I shared that I had last been to Romania with GEM eighteen years earlier to help at Camp Bradatel.

“Ah GEM!”, he replied. “Yes, I know your organization. GEM and Dwight have had a big impact on my life. I would have been a 17-year-old translator at that camp when you were there in the summer of 2004.”

God has been weaving this story for a long time so that in this moment, when Nelutu and I met, we would find this common thread to see that God has been producing a good crop from the seeds that fell on good soil years ago.

For opportunities to help with the current refugee crisis in Europe, whether through Praying, Going or Giving, click here.

Chris and Susan Tweedy, along with their three daughters, serve with GEM in Kandern, Germany.