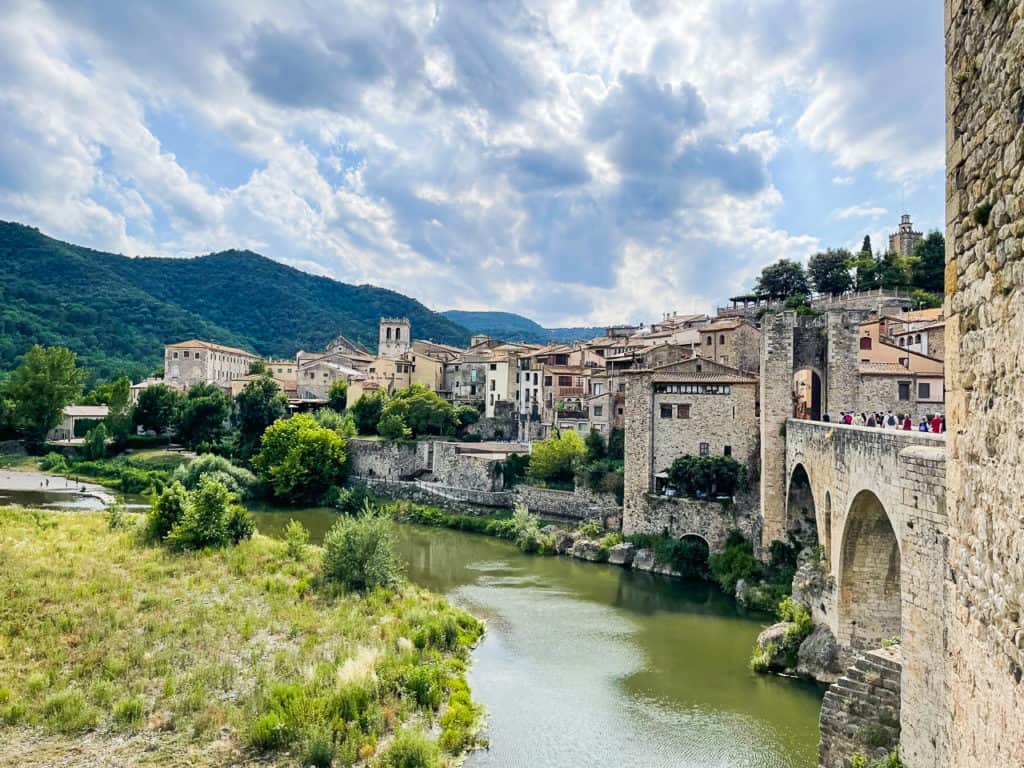 When Miriam was asked to help with an English camp in Banyoles, Spain for two weeks, she immediately responded with an enthusiastic “Yes!” She had been working on the other end of things for nearly two years, processing other people’s applications as she faithfully showed up to her desk job week after week. Now, she finally had a chance to meet the people whose names were so familiar to her.

I can do this, she thought as she traveled to Spain. Miriam pictured herself helping with grounds maintenance at the L’Arcada camp. Perhaps she would also coordinate an activity or two. That’s why, toward the end of her training week, she was shocked to learn that she had been assigned the role of counselor to six fourteen-year-old girls.

All that week, Miriam had sailed joyfully through the training. Along with her co-workers, she familiarized herself with the Bible study they would use to reach their young, mostly unbelieving campers with the gospel. She had a blast learning how to play laser tag and mastering the skills of archery. She and her teammates learned the rules of camp games, and the words to silly camp songs. They shared their testimonies with each other. Miriam felt confident and upbeat until the role of counselor fell upon her. 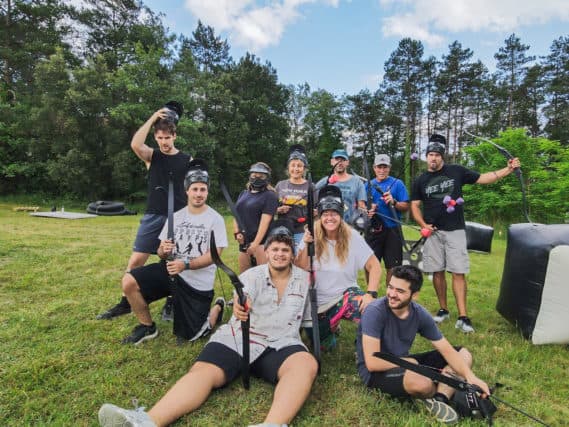 Miriam wrestled within as the opening day of camp loomed before her, all her insecurities bobbing to the surface. I’m not good enough to do this, she thought. I’m not qualified! Who am I to lead others? In response to this negative onslaught, Miriam began to pray. She prayed fervently and frequently. Aware that she was under spiritual attack, she asked her friends on the other side of the world to pray for her. Those far-away prayers lifted her up and supported her. Tearfully, she relinquished her fears to God. “Lord, use me as a broken vessel,” she said. “I can’t do this without you.”

More of a backstage assistant rather than a center stage, up-front kind of person, Miriam just couldn’t see how she was going to lead a bunch of active fourteen-year-olds. Yet, God met her in her weakness and filled her with strength. Her own stamina amazed her! Dancing and singing were completely out of Miriam’s comfort zone, but she managed to enthusiastically lead the girls in both. She also had little experience leading Bible studies. It might have been easier to do it for the first time with Christian kids familiar with the Bible, but that was not the case at L’Arcada. Miriam asked the Spanish girls if they had ever heard the story of Adam and Eve. “No,” they replied. “We haven’t.” She would have to start from scratch! Feeling both terror and excitement, she forged ahead.

Throughout the week, Miriam was amazed by how well things went. Although she had to lay down the law a few times, she bonded with the girls and they with her. She encouraged them to enjoy themselves with abandon. “Dance like no one is watching,” she told them. “Slide down the slip-n-slide as if your lives depend on it!” On the final day of camp, the counselors presented the gospel to their campers. Miriam felt nervous. Never before had she shared the gospel with people to whom its central message was so unfamiliar. That morning, she prayed for the Holy Spirit to take over and give her the right words to say. “Use me and my experiences to impact these girls,” she prayed. And He did! 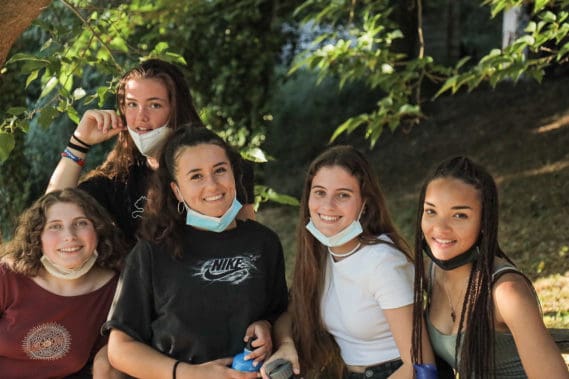 The story of the Prodigal Son popped into her mind. It was totally off script, but Miriam sensed it was from the Lord, so she shared it with the girls. She cried throughout the telling of it, overwhelmed with the amazing love and grace of God the Father. The girls listened with rapt attention. “God runs toward you,” Miriam said, “always seeking to love you and forgive you.”

Deeply touched, many of the girls were moved to tears. That sunny day in Spain, sitting on a tree-shaded platform together, a group of fourteen-year-old girls and their reluctant counselor shared a profound grasping of God’s divine truth.

Miriam left Spain knowing that a seed had been planted in each of the girls’ hearts. She wouldn’t be able to follow up with them. She would have to leave that up to God, the loving Father who seeks out his lost children. All Miriam could do was pray for the seeds to grow, and she vowed to do that faithfully.

Faced with discomfort, caught in a stretching situation she could not wiggle out of, Miriam had experienced first-hand the meaning of 2 Corinthians 2:10: My power is made perfect in weakness, and Ephesians 3:20-21: Now to him who is able to do immeasurably more than all we ask or imagine, according to his power that is at work within us, to him be glory in the church and in Christ Jesus throughout all generations, forever and ever. Amen!

Miriam had not fulfilled her role as counselor by her own strength. She knew beyond the shadow of a doubt that God had used her, broken and weak, to demonstrate that he can do immeasurably more than we can ask or imagine. She asks for prayer for those six young women, as well as the other young people who attended camp at L’Arcada all summer—that the seeds planted would grow into mighty trees, that God would bring people into their lives to remind them of what they learned, and that they would know his great love for them.