Five Misconceptions in Ministry to Muslims 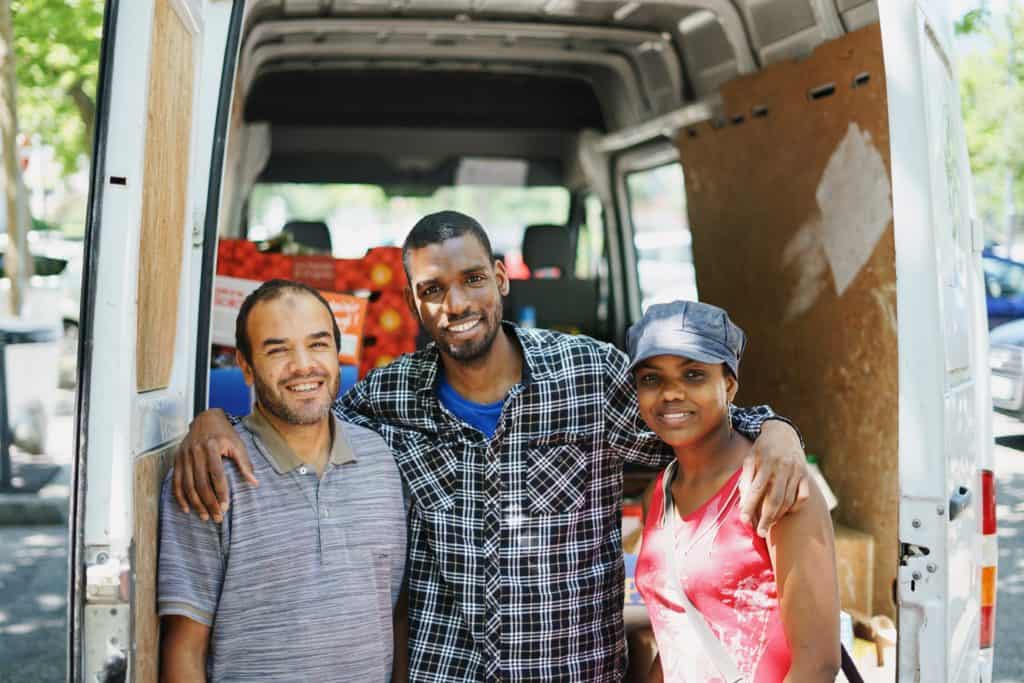 With the onset of the refugee crisis in the past ten years, we have seen a sharp increase of Muslim peoples living in Europe. Due to war, religious persecution and political unrest across the Middle-East and North Africa, millions of Muslims have relocated to Europe in search of peace in a new home. Muslims currently account for 5% of the population across Europe and many project that by 2050, that number could double or even triple.

In cities, the numbers are even higher. As one GEM global worker stated, “You can expect 10% of the population in many major cities across Europe to be Muslim.”

In contrast, most countries in Europe have less than 3% of people claiming to follow Jesus and most cities have well under 2%.

For these reasons, Greater Europe Mission is making an explicit effort to serve our Muslim neighbors and equip our global workers to best reach followers of Islam with the light and love of Christ. In the ever-changing face of Europe, we cannot ignore the millions of Muslim souls, many of whom have never heard the good news of Jesus.

But ministry to Muslims is difficult, isn’t it? Aren’t Muslims hostile toward Christians and unwilling to talk about matters of faith? Assumptions like these are common in the west. But are they true?

Stereotypes often keep us from friendships with Muslims. But as followers of Jesus, we want to rewrite these misconceptions with truths that better equip us to love our Muslim neighbors with proper tools and right understanding.

Within GEM, we have dozens of global workers focusing their ministry on living with and serving Muslim people. According to their experience and wisdom, here are five popular misconceptions Christians have of Muslims.

1. Muslims are hard to talk to about spiritual things.

Many people assume because of the differences between Christianity and Islam it must be difficult to talk about spiritual things. This couldn’t be further from the truth! As Landon, a GEM global worker in Manchester, England stated, “It’s way easier to talk to a Muslim about God than an atheist.”

Muslims believe in God, they believe in many of the same prophets as Christians do, they believe in Jesus and even that God inspired the Bible. With each of these commonalities, there are a plethora of connecting points for Christians to build bridges from scripture. “They already have a framework for God,” continued Landon, “which brings about these conversations much more easily.”

2. Christians have to be discreet in how they talk with Muslims about Jesus.

“People feel like they have to be sneaky when talking to Muslims,” said Landon. “As if you have to trick them into having a conversation with you and can’t tell them what you’re about,” he continued. There may be times when you may have to share Jesus more delicately but, due to the secular nature of most European societies and the pluralism that pervades, a freedom can be found to discuss spiritual things and explicitly talk about Jesus.

“Faith is so central to the life of most Muslims,” said Luke, another global worker in Berlin, Germany. “It’s been my experience that if you’re honest with someone about being a follower of Jesus, most Muslims are quite willing to talk with you about him.”

Landon shared a story from his time in Manchester where he volunteers at a local library. One day a Syrian man came in and when discovering that Landon is an American, asked curiously, “Why are you here?”

“God told me to come here,” Landon answered confidently. The man was shocked that God would talk to Landon and he prodded further with surprise and intrigue, “Are you a prophet?” Landon laughed and told him no. He then proceeded to share about prayer and how we can all talk with God. This man was so attracted to Landon’s openness to talk about Jesus that it drew him in to learn more.

3. Muslims are antagonistic toward Christians and only want to debate.

This is a common caricature people in the West have of Muslims. But as Emily, a global worker in France, emphatically said, “This is not true!”

Certainly, some people may be antagonistic, or may simply love to debate—as can happen in Christianity or any other faith. But many Muslims have genuine questions and are seeking to understand. “The Lord alone knows their hearts and motivations,” Emily continued. “But the key here is loving discussion, not debate. We must avoid the temptation to want to ‘win’ a debate.”

“Where I live, they are more willing to listen and discuss than debate,” echoed Forrest, a GEM global worker in Stockholm, Sweden. “In our suburb, over 60% of the population are immigrants—many of whom are Muslim—and most will listen to your answers and are open to discussing and not just debating.”

Many have attended Bible studies with Forrest and are eager to learn what followers of Christ believe about Jesus. Forrest continued, “I think a lot of Muslims are tired of the answers they have received at the Mosque and want to know what we think.”

4. You have to know the intricacies of the Quran to share the gospel.

Did you know that while many Muslims have large chunks of the Quran memorized, most don’t even know how to read or interpret it? Muslims believe the words from Muhammad are corrupted if translated and, for this reason, the Quran has not been adapted to modern forms of Arabic and any translation into other languages is deemed unholy.

For an example of what this would be like, take a look at John 3:16 in the first English translation of scripture:

You might be able to read this, but imagine a book written in the 7th century. If the English language has changed this much in 500 years, how much more has Arabic in 1,400 years?

“I’ve read the Quran five times,” said Forrest. While the cultural lessons learned are beneficial, he recommends spending more time immersing ourselves in the life and teachings of Jesus and honing the skill of telling stories to share the gospel.

Luke echoed similar thoughts, adding, “Because the average Muslim doesn’t know the intricacies of the Quran, neither do we. It certainly helps to be familiar with it to be able to reference it, but that’s something you can pick up in a seminar.”

“It’s unlikely that we’ll ever know the Qur’an as well as our Muslim friends,” said Emily. “Some do have this particular calling but, for the rest of us, we might be better off just studying our Bibles more rather than the Quran!”

5. Muslims don’t want to be friends with Christians.

The religion of Islam is a communal faith and most Muslims live interdependent lives upon friends and family. Through community centers, sports, kids play groups, tea parties, or any number of other connection points, Muslim people can be very easy to befriend.

And this is at the core of GEM: discipleship starts with friendship.

For this reason, “It’s vital we don’t view our Muslim neighbors as ‘projects,’” noted Jay, a global worker in France. In reference to a book he recently read, he continued, “Middle-Easterners have a high EQ (Emotional Intelligence). They will know immediately if you just want a functional relationship or if you genuinely want to be their friend.”

Inter-faith friendships lead to inter-faith discussions and chances for gospel seeds to be sown. “Muslims often seek friendships with Christians,” said Forrest. But sadly, many Muslims have never been befriended by disciples of Jesus.

“They might be surprised that you as a Christian want to hang out with them because that hasn’t been their experience and it certainly is not how Christianity is portrayed in the media,” added Luke.

“The longer Muslims live in the west, they soon come to realize that not all westerners are Christians like many assumed. So when they meet a real one, they are interested in your faith,” said Forrest. “They enjoy drinking coffee with you and being invited into your home. They enjoy parties and people that know how to have fun.”

Just like any religion or culture, no two followers of the Quran are identical. And as Luke noted so aptly, we must “be careful not to reduce people to a stereotype or a project.”

As Islam continues to spread across Europe, may we not respond in fear, but in faith—trusting the Lord to use His Church “for such a time as this” (Esther 4:14). Let us seek to build friendships with our Muslim neighbors. And may we, in our day to day lives, be fervent to pray for Muslims to encounter Jesus as Lord and be active agents of peace, reconciliation, and hope to all we encounter.

Click here to catch up on our latest prayer livestream.

Grant and Naomi are storytellers with Greater Europe Mission and serve in Birmingham, England. Visit grantandnaomi.com to learn more.