Falling Into Courage: A Muslim Loses All and Gains Peace 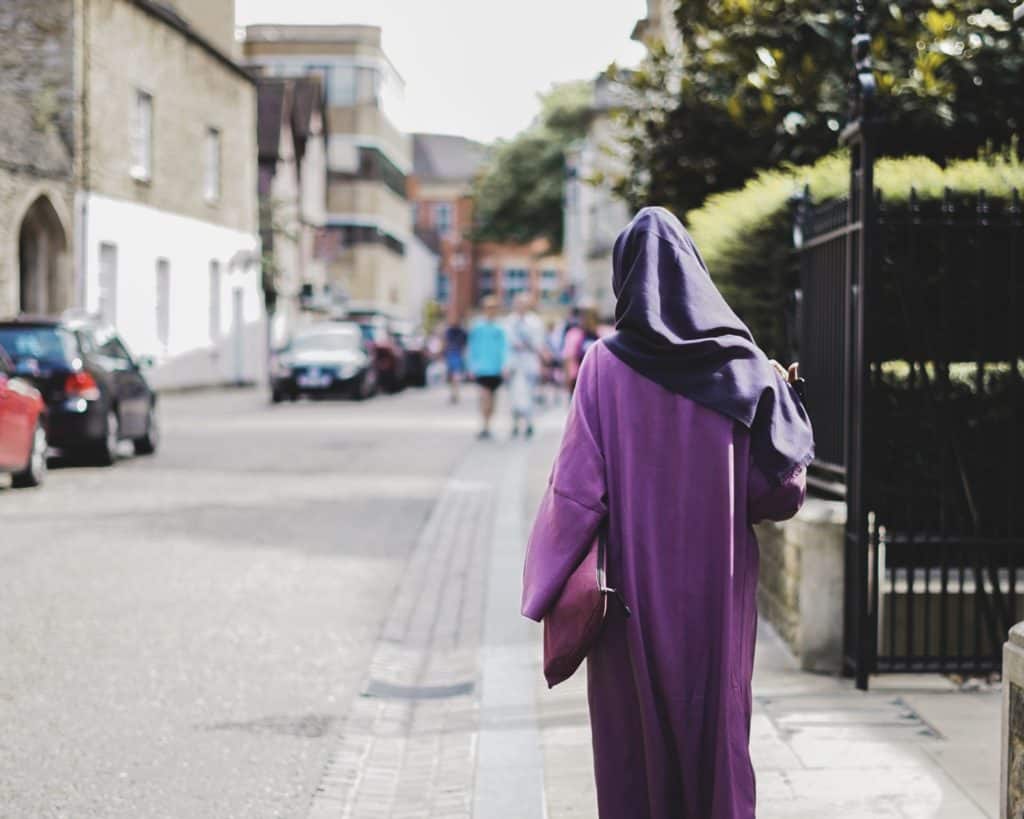 She wanted peace. More than anything, she longed for her soul to be at rest. Fatima’s* religious life thus far had been one of constant striving—doing ritual cleansings, fasting, memorizing portions of the Quran, reciting prayers. She had done all she could to be holy, but her efforts left her with a nagging doubt that she hadn’t quite achieved her goal, that she had not done enough.

Because France was once again under lockdown due to Covid-19, Facebook became her lifeline, and she found the page of a Christian ministry to university students. Fatima gathered her courage and reached out.

A global worker with GEM named Suzanne* responded, and they began meeting on Zoom to discuss the young woman’s spiritual search. It soon became clear to Suzanne that God had been at work in this seeker’s heart for a long time. Fatima had never doubted God’s existence. How desperately she had wanted a relationship with him! Yet for all her striving, peace had eluded her. Apart from performance-based attempts to win God’s favor, she had absolutely no idea how to approach him.

The young Muslim woman showed every sign of being ready to take the leap of putting her faith in Jesus, yet something held her back. “My whole life is defined by Islam,” she explained to Suzanne. “If I become a Christian, what will it do to my family, my community, my identity?” Fatima’s fears were well-founded. It was no small thing to risk losing all the underpinnings that had held her world in place for her entire life. Could she really leave it all behind?

Suzanne continued to meet with Fatima, patiently talking through her fears, continuing to reassure her of God’s love for her as demonstrated in the gospel. This gave Fatima courage, and she continued to seek Jesus while hiding it from her family less and less.

Her parents saw what she was doing, and her boldness in seeking Christ appeared brazen and rebellious to them. Before long, tensions rose to a boiling point. One day, Fatima’s worst fear was realized when they locked her out of the house, saying, “Don’t come back until you are willing to ask for forgiveness, and to give up all this Jesus stuff!”

As she watched it all unfold, Suzanne felt both sorrow and admiration for her new friend. “I honestly don’t know how I would have handled that,” she says of Fatima’s predicament. She paid an extreme price but showed courage in the face of total rejection by her family. Suzanne thanked God for what she saw in the young woman’s life. The Holy Spirit had worked in her heart, enabling her to make the difficult choice to walk away.

Fatima, now a Muslim-turned-Christian, confided in Suzanne that she didn’t know if she would have had the strength to walk away from Islam—and her family—on her own. But when her parents forced her hand by throwing her out, she knew what she had to do. She chose Jesus. There was no going back.

Because another member of Suzanne’s ministry team had used the illustration of a parachute to describe faith to her, Fatima now grasped that she had trusted Jesus like a skydiver trusts a parachute, believing it will open at just the right time and bring about a safe landing. She had been pushed out of the airplane, so to speak, but the chute did open. Her family cut her off completely, but God’s family was there to catch her. He didn’t let her fall!

A few months later, Fatima was living in her own apartment. Without having to hide it, she could read her Bible to her heart’s content, pray, ask questions, and grow in her faith. She continued to meet weekly with Suzanne and the rest of the team and became part of a local church. She still feels the pain of being shut out of family celebrations such as weddings, funerals, and birthday parties. Such deep wounds do not disappear overnight, and they may last a lifetime. But Fatima has finally found the peace she longed for and never found anywhere else—the peace offered to her through Jesus Christ.

She knows that God is with her and will keep his promises to her. As she read the Bible more and more, the word “alliance” began to jump off the page and into her heart. “God is my ally!” she marveled. The words, I will be your God, and you will be my people astounded her and continue to give her strength.

Suzanne praises God for how he has worked in this young woman’s life, and for the prayers and support of those who make it possible for her and her team to reach Europe and the nations with the good news of Jesus Christ.

* Names have been changed for the protection of privacy.