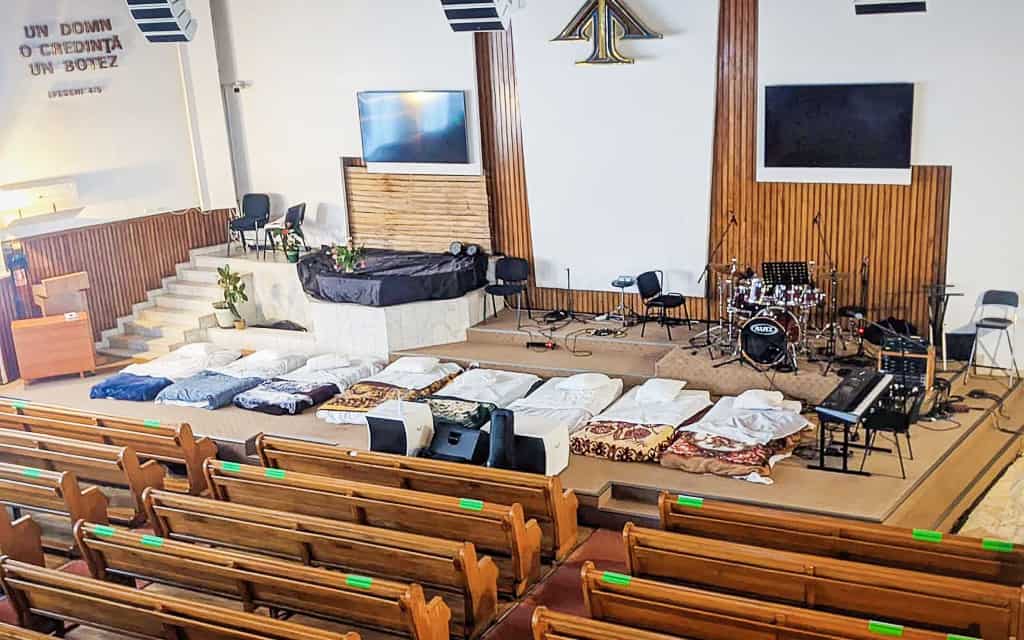 Some years ago, when a Romanian church launched a project for a retreat center ninety minutes north of Bucharest, they could not have known it would later be used to house needy Ukrainian refugees.

War broke out in Ukraine on a Thursday and, by that Saturday, refugees were already flooding across the borders into Romania, Poland, Moldova, Slovakia and other places.

Immediate help is now needed not only in border areas but also deeper into the country as refugees make their way westward toward Hungary, Czech Republic, Germany and other EU countries.

At least 220,000 Ukrainian refugees have already entered Romania as a result of the conflict in their country—with thousands more asylum seekers projected in the coming weeks and months.

GEM Teams, a Greater Europe Mission ministry based in Kandern, Germany, responded quickly to assist a group of local churches in Romania who have been GEM partners for many years.

Within days, a team of nineteen (eight GEM workers and eleven people from the Kandern community), travelled to this site north of Bucharest that was originally planned as a retreat center. They went to assist some eight Romanian churches who have now dedicated thirteen full time staff workers to a refugee care and housing project. 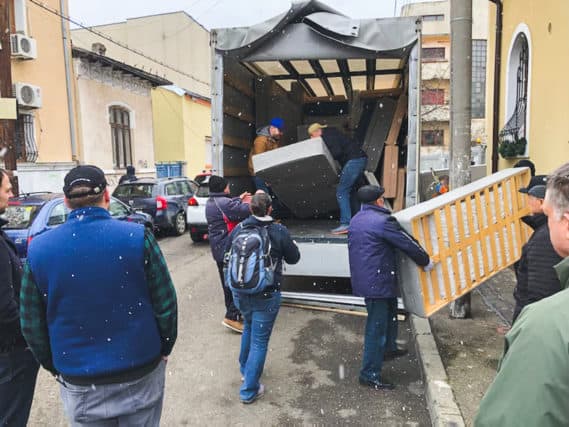 Two buildings on site have been sitting dormant during the Covid years. But now, GEM and other team members are working alongside local volunteers to repair, provide furnishings and fit the buildings for long term use.

This center has received seventy-five refugees within the first ten days of the crisis. It is hoped that the two buildings on site can eventually house up to 150 people for as long as they need shelter and assistance.

Whether they will move on to other places or can eventually go back home to Ukraine remains to be seen.

In the meantime, this consortium of Romanian churches is developing three refugee centers in all, one in Bucharest and two in other locations. Romanian volunteers, over sixty in number, have been working around the clock to assist refugees in getting to embassies for necessary documentation, as well as meeting their practical needs. 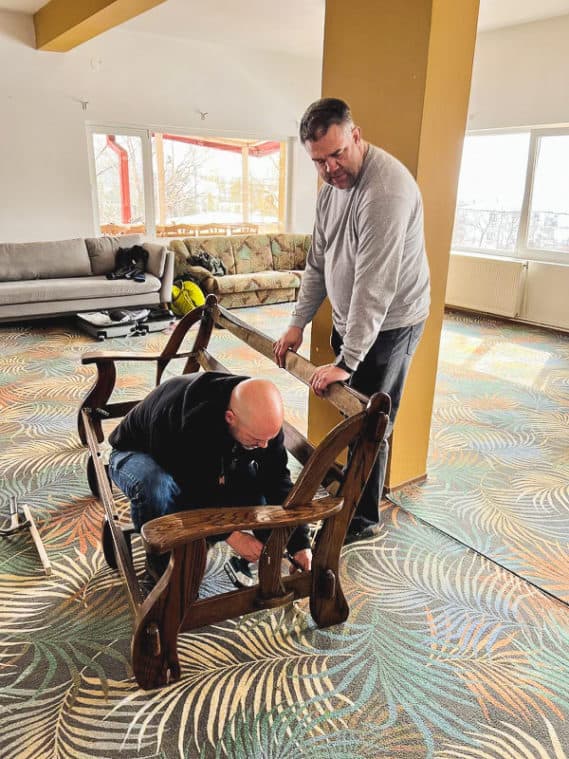 “The folks being helped in the Bucharest center are generally on the move to other locations,” says Chris Tweedy, a GEM worker serving with the team.  Soon, this team will return to Kandern, but already plans are underway to send a second team.

“We are just coming alongside these dedicated Romanian believers to assist them in any way possible,” says Gene Harter, director of GEM Teams. “We are amazed at the immediate, compassionate and generous response of the Romanian church to this crisis,” he notes.

Gene states that the need is overwhelming, but that the response of Christians in Romania is also overwhelming. The situation changes hour by hour but Gene hopes that, within days or weeks, some teams from other locations around Europe or North America can be recruited to come and help with these efforts.

While this crisis is truly devastating, it is obvious that God has not stopped working. In this very moment, God is graciously at work through his people in Romania and around Europe, serving and caring for those in need. And this is only a tiny glimpse of the whole picture of God’s faithfulness in these times of trouble.

How Can You Help?

Your prayers and financial support are vital to helping GEM and GEM Teams assist the Romanian church and others in their outreach to those whose very survival requires immediate action.

Donate funds to this project here.

Individuals and churches interested in volunteering can do so through GEM Teams at www.gemteams.org.

Jesse Northcutt and his family have been living in Ireland and serving with GEM since 1983.