What comes to mind when you think of being a missionary?

Is it church planting? Street evangelism? Bible translation in a faraway country?

Whatever comes to mind, being an actor, writer, or artist is probably not near the top of your list.

Sadly, many artistically-minded followers of Jesus often feel their gifts don’t fit in the box of being a missionary.

This was the case for Jerry Averill. Jerry knew from an early age God was calling him to serve in ministry. But ministry wasn’t the only call he felt on his life. “I wanted to be an actor,” he recalled, “but my pastor and pastor’s wife told me, ‘You can’t be a Christian and be involved in that.’”

So, thinking his only option was to become a pastor, Jerry enrolled in Bible college to fulfill his calling to serve God.

But even as he took this step seeking to obey God, he knew something was missing.

God had given Jerry a love for theater, a passion for the arts, and a desire to perform.. Where did these fit in with being a pastor?

In Jerry’s years at Bible college, God showed up again dramatically. “He confronted me with a theater company and told me, ‘Jerry, this is why I’ve given you the gift. This is why I want you to be who I’ve called you to be—an actor—in theater, for Me.’” 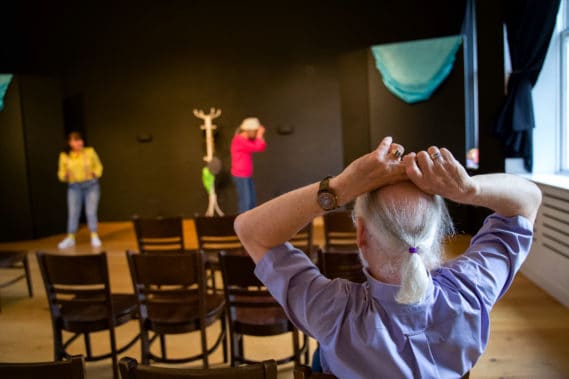 Jerry joined this Christian theater company and spent the next 23 years travelling across America, directing plays, and acting in front of thousands of people.

In this season, Jerry met Elizabeth, an actor who joined the company in 1975. They worked on stage and toured for eleven years before the Lord brought them together as a couple.

During this time, the theater company received an invitation to tour Europe and do a series of shows across the continent.

Jerry and Elizabeth jumped at the opportunity to use their love for theater on an international stage.

Upon returning from Europe, Jerry again felt a strong leading from the Lord. “God gave me a dream,” he recalled with a glimmer in his eye. “He told me He wanted to reclaim Europe and its artists for Him.”

This dream sparked a vision in Jerry that wasn’t realized for twenty-five years. It wasn’t until 2012 when God opened the door for Jerry and Elizabeth to join Greater Europe Mission and move to Scotland to serve the artists of Europe through theater. 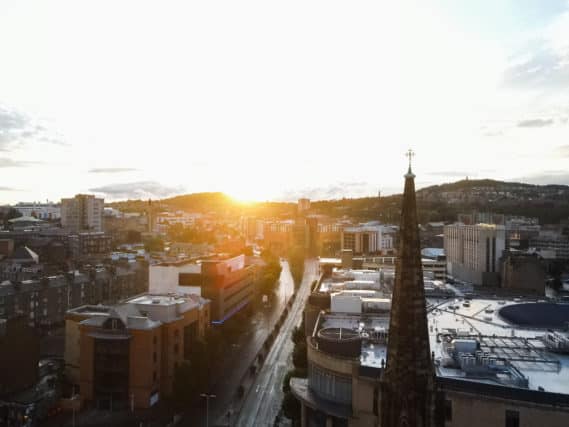 Platform Arts, hovering over the rumbling tracks of the city train station, houses a performance space, café, and an art gallery.

“It’s truly a miracle how the Lord opened the door for us to join GEM and how he provided this venue,” Jerry shared.

Jerry and Elizabeth use the performing arts space to host shows where they produce and present plays based on Biblical stories or principles. Through every show, they weave messages of the hope and love of Jesus.

After each show, they open the café for coffee, tea, and chats about the performance. “It’s here that we have the most significant conversations about the meaning behind our shows,” recounts Elizabeth joyfully.

Jerry quietly and fervently radiates warmth, and Elizabeth vibrantly shimmers with life. Together they tend to Platform Arts, their fellow artists, and all those who darken its doorstep to encounter beauty and story.

“The thing that is amazing to me,” explained Elizabeth, “is that God created the arts. They were His idea, just like laughter and joy and beauty were His idea.” 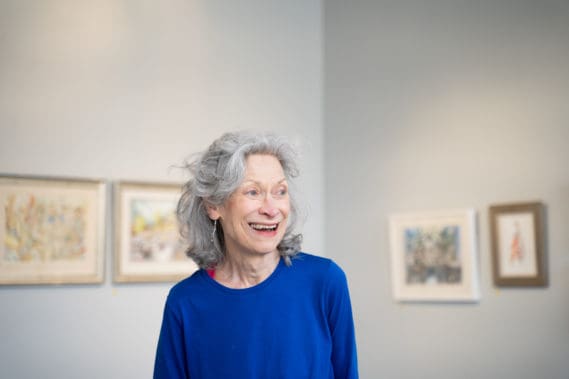 “God created us in His image as creators and being creative is part of who we are and can be part of our ministry,” continued Jerry.

The wonder of God is that before He revealed Himself as Father, He revealed Himself as Creator. And as we are made in the image of God, we are called to be makers in the image of God. As artist and author Makoto Fujimura says, “Whether we are plumbers, garbage collectors, taxi drivers, or CEOs, we are called by the Great Artist to co-create. The Artist calls us little-‘a’ artists to co-create, to share in the ‘heavenly breaking in’ to the broken earth.”

The arts are so important in Europe today because across the continent, people are intellectually fatigued by Christians’ arguments and propositions. They refuse to be argued into belief.

Beauty beckons to us. Beauty calls out things long forgotten.

The beauty of God seen through a show, a performance, a story, a dance. The beauty of Christ that compels emotions, stirs hearts. Only God can know the depth of impact these creative forms of sharing the gospel can have. 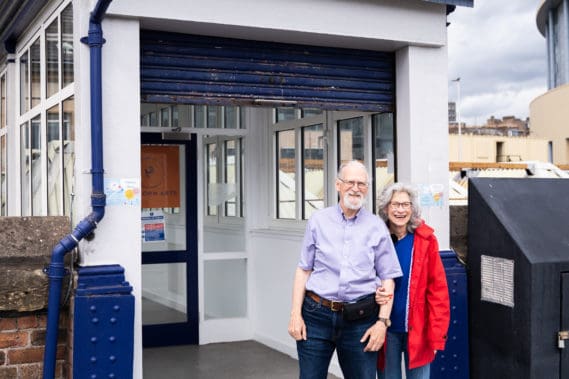 “We want to be people who carry the passion of Jesus into every field with excellence and authenticity,” said Elizabeth. “If ever we needed artists who are passionate about Jesus to come forth and to use their talents unto His glory, it is now. Because it is the passion of the believer who is committed to the Lord that is going to transform, not only their lives, their art, but society.”

So what does it mean to be a missionary?

Being a missionary means being exactly who God has called you to be and being willing to use those gifts for His glory wherever He may call you.

For Jerry and Elizabeth, being a missionary means embracing how God made them and using these gifts to serve God and those around them—as artists, creatives, teachers, and writers – as people filled with the passion of Jesus’ life who overflow it in every sphere of their life.

Whatever your gifting — cooking, writing, dancing, acting — there is a place for you in the church and in missions. God wants to use you, as He has wired you, to serve Him and draw others into relationship with Him.

To learn more about how you could use your love for arts to serve God in Europe, visit https://gemission.org/serving_opportunity/arts-ministry/

To find out more about Jerry and Elizabeth, or donate to their cause, click here.

Grant Klinefelter is a storyteller with Greater Europe Mission and serves in Birmingham, England. Visit grantandnaomi.com to learn more.